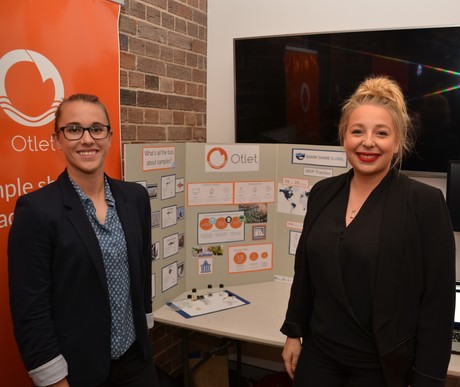 The world of biological research is vast, with an estimated 8.7 million multicellular species and countless additional unicellular organisms on Earth — many still unidentified. In order to understand our ever-changing biological landscape, it is important for biological researchers to work efficiently and cost-effectively.

PhD students Madeline Green and Lauren Meyer were conducting research on sharks and rays across Oceania when they became frustrated spending valuable research time liaising with other researchers for tissue samples. To fix this problem, they started Otlet.

Otlet is the first database of biological research samples available to researchers worldwide. The database functions as a virtual tissue bank where researchers can upload available samples, search for ones they need, and have selected samples shipped to their lab.

A database of this nature is nothing short of a game changer for biological research, as it has created a single central collaborative network for researchers to obtain tissue samples around the globe.

As Otlet grows, founders Meyer and Green hope to see the start-up become the new standard for biological researchers.

The Otlet team is working to integrate the database into research-focused universities and museums, while also connecting grassroots, NGO and small-scale institutions. The database can have an especially big impact on grassroots organisations conducting research, where samples from understudied and under-represented areas and developing nations can be linked with large institutions for analysis.

“When we enable scientists to have greater access to samples and collaborate at a global scale, what we are really doing is accelerating our understanding of the natural world. This heightened level of understanding of animals and their environments means we are in the unique position of protecting and conserving biodiversity globally,” says Green.

Otlet is a database made by researchers, for researchers. Sharing samples between scientists requires trust. Green and Meyer are building their business to create a trusted and usable resource for scientists like themselves.

The development of Otlet has been made possible by BlueChili’s SheStarts program. SheStarts is a national initiative to boost female leadership in the start-up economy, backed by major supporters including GSK Australia. Green and Meyer were able to team up with SheStarts to couple their knowledge of the research world with business skills to launch a start-up.

“The SheStarts program, with the support of organisations like GSK Australia, has been integral to the success of Otlet. From business models to partnerships and hiring, we now have a deep understanding of what’s required to establish a sustainable company. The program has introduced us to incredible people with a tremendous willingness and capacity to help, and for us that means taking a vision and growing it into a successful company,” says Green.

Otlet launched a pilot project to test the idea called Shark Share Global. In the first two months the pilot attracted over 140 users across 26 countries and had hundreds of samples uploaded.

The main Otlet database is designed for all types of biological samples from non-human organisms, and is accessible to researchers belonging to institutions, research organisations, and government agencies.

As the global ecological landscape changes, it is more important than ever that biological samples are in the hands of researchers — not buried away in a freezer. Otlet allows scientists to focus on completing their research, not hunting down samples.

Manually tracking cells is not as accurate as people assume and significant variability can occur...

iLab Operations Software, by Agilent CrossLab, is a one-stop shop for lab management.

With SkanIt software you have full control over the instrument settings for all your Thermo...