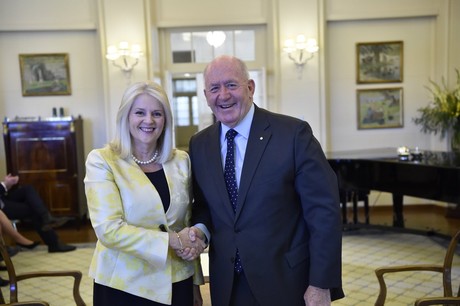 Karen Andrews MP has been appointed to Cabinet as the Minister for Industry, Science and Technology, making her the first female federal Cabinet Minister from the Gold Coast.

In a statement posted to her website — which is at the time of writing yet to be updated with her new position — Andrews said she was “honoured” to be appointed to Cabinet and looks forward to drawing on her background as a mechanical engineer to carry out her new ministerial role.

She also pointed to her previous role as Parliamentary Secretary to the Minister for Industry and Science and Assistant Minister for Science, saying she looks forward to progressing the government’s work in this area.

“In my time as Assistant Minister for Vocational Education and Skills, I have worked to restore credibility to the sector and, as I have recently stated, I believe the ‘green shoots’ in vocational education and training (VET) are starting to emerge again,” she added. “As well, I lead the Real Skills for Real Careers campaign to raise the status of VET — highlighting VET as a first choice education pathway and a stepping stone into work.”

The Australian Academy of Science has reacted positively to the appointment — Academy President Professor John Shine said it aligns with the government’s National Innovation and Science Agenda (NISA), which promised to place science at the heart of Australia’s policy agenda.

“It’s good to see science back in Cabinet where it belongs,” Professor Shine said. “One dollar in every seven of Australian economic activity is estimated to rely directly on advanced physical and mathematical sciences and advanced biological sciences.”

Professor Shine said Andrews brings “a wealth of knowledge and experience to the portfolio”, referring to her work as an engineer, her previous portfolios and the fact that she is a co-founder and co-chair of the Parliamentary Friends of Science, which seeks to promote closer engagement between the scientific community and political representatives.

“We look forward to working with Minister Andrews and the government to ensure scientific evidence fully informs their major policy decisions,” he said.

The Academy also acknowledged Minister Andrews’ strong commitment and advocacy for science, technology, engineering and mathematics (STEM) in her previous portfolio role. Professor Shine said, “We look forward to delivering a decadal plan for women and girls in STEM to Minister Andrews that will identify and set priorities for the next decade and outline strategies to achieve them.”

The Academy welcomes Dan Tehan MP as the new Education Minister, Melissa Price MP as the Minister for the Environment and Greg Hunt MP’s continuing role as Minister for Health.

Image caption: Karen Andrews is congratulated by Governor-General Peter Cosgrove after being sworn in at Government House as the Minister for Industry, Science and Technology.