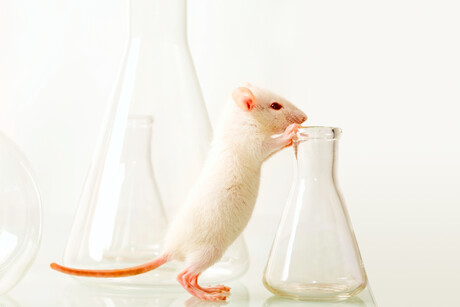 A landmark survey into Australians’ attitudes to the use of animals in research has found that while a majority of the general public are supportive, this support is highly conditional and most agree there needs to be more transparency.

The survey, commissioned by the Australian & New Zealand Council for the Care of Animals in Research and Teaching (ANZCCART), was conducted by Professor Rachel Ankeny, Dr Alexandra Whittaker and Dr Emily Buddle at The University of Adelaide through an independent polling company. Results found that over half of participants (56%) perceive that the use of animals for medical research purposes is important for human health, and that support for the use of animals across all forms of scientific research was even higher (70%) as long as there is no animal suffering and no alternative.

However, acceptance appears to be highly conditional. Support for animal research varied considerably according to the species used, with research on mice and rats accepted much more readily than research on dogs, cats, primates, pigs, birds, fish or non-endangered Australian mammals. The survey also revealed a perception that improvements in oversight and regulation were needed. 49% of respondents believed scientific research using animals is not always carried out to high standards and 69% believe more could be done to reduce the suffering of animals used in scientific research.

ANZCCART board member Dr Malcolm France said it was particularly striking how many respondents felt that research institutions needed to be more transparent about their use of animals, noting, “These numbers were the highest of any in the survey — even higher than the number who believed more should be done to develop methods that avoid the use of animals [76%].

“When asked whether institutions should be more transparent, 82% agreed while 91% answered ‘No’ when asked if their view of organisations conducting animal research matched the statement that ‘They are open about their work’.”

Ankeny said the survey was a significant step towards an improved understanding of community attitudes to animal research in an Australian context, stating, “This research is important because Australia’s animal research regulations, although already rigorous, are revised periodically with the aim of taking into account changing community views, yet we have limited information to inform such reviews.

“We believe this survey drew on the largest sample size for a survey on this topic in Australia — over 2500 people — and we hope it will provide a baseline for future research.”

A similar survey conducted at two-yearly intervals in the UK had shown a steady decline in public acceptance of animal research. This prompted the launch of a voluntary ‘openness agreement’ (the Concordat on Openness on Animal Research) in 2014 which research institutions in the UK can sign to show their commitment to greater transparency in animal research. Similar agreements have since been launched in several other countries, including New Zealand. France said ANZCCART is developing an Australian version which it hopes to launch later this year.

Elevate will award up to 500 undergraduate and postgraduate scholarships to women in science,...