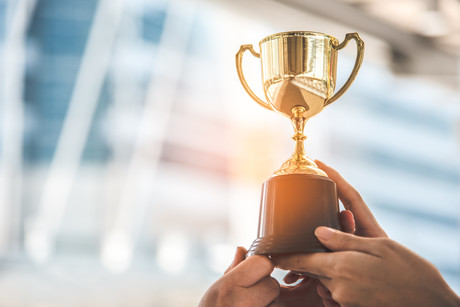 Belgian researchers from pharmaceutical company Sanofi have received the 2020 Drug Discovery of the Year award from the British Pharmacological Society for the development of Caplacizumab (Cablivi) — said to be the first nanobody therapy to treat adults with the rare autoimmune blood-clotting disorder known as acquired thrombotic thrombocytopenic purpura (aTTP).

Caplacizumab is a bivalent single domain antibody fragment that blocks the interaction of ultralarge von Willebrand Factor (vWF) multimers on platelets. It therefore has an immediate effect on platelet adhesion, inhibiting the formation and accumulation of the micro-clots that cause the severe thrombocytopenia, tissue ischemia and organ dysfunction. Caplacizumab was developed by Ablynx, which was acquired by Sanofi in 2018.

The Drug Discovery of the Year award was presented to the Sanofi team by Professor Steve Hill, President of the British Pharmacological Society, at a ceremony held in December as part of the society’s annual conference, Pharmacology 2019. The team were commended by an international judging panel for the successful translation of Caplacizumab from preclinical development to clinical studies and approval as a first-in-class nanobody therapy, in what was described as a pioneering example of the role of pharmacology in the drug discovery and development process.

“Caplacizumab represents a major innovation, not only in treating this life-threatening disorder, but also as the first ever nanobody therapy,” said Dr Tom Blackburn, Chair of the British Pharmacological Society’s Industry Sub-Committee.

Dr Filip Callewaert, Medical Affairs Director for Cablivi in Europe, said the Sanofi team was delighted to receive the Drug Discovery of the Year award for its work on Caplacizumab.

“Caplacizumab is the result of a truly cross-functional collaboration and represents a much-needed therapeutic advance for patients suffering from aTTP,” he said.