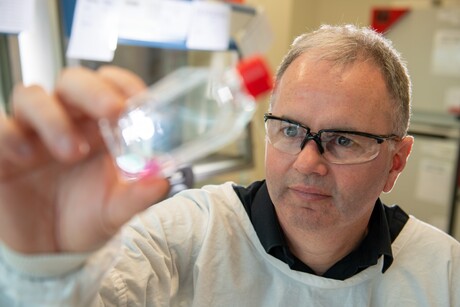 Cooperative Research Australia (CRA) revealed four award recipients at its 2021 Excellence in Innovation Awards, held as part of the Collaborate Innovate conference in Canberra on 31 March. The event marked the 30th anniversary of the Australian Government’s Cooperative Research Centres (CRC) Program, and was opened by Minister for Science Melissa Price.

World-renowned hearing expert Professor Robert Cowan, leader of the HEARing CRC from 1992 to 2019, won a Lifetime Achievement Award for Contribution to Industry-Research Collaboration. He was recognised for his groundbreaking work over three decades in raising awareness of the economic costs and benefits of addressing prevention and improved remediation of hearing loss in children, adults and the aged. Under his leadership, CRC technology outcomes have been applied commercially in fitting half the world’s hearing aids, improved hearing in noise for iPhones, protection of hearing of call-centre operators and automated diagnostic testing for infants.

Professor Calum Drummond, RMIT Deputy Vice-Chancellor Research and Innovation and Vice-President, also won a Lifetime Achievement Award for Contribution to Industry-Research Collaboration. The award recognises Prof Drummond’s 35-year professional career advancing industry-research collaboration, and contributions to research and innovation through leadership, governance and researcher development. As a senior executive at CSIRO, RMIT (since 2014) and London Stock Exchange-listed CAP-XX, he has enabled thousands of Australian researchers to collaborate with companies to solve problems and capture opportunities for Australian industry.

Cancer Therapeutics CRC and its successor, research and commercialisation entity Canthera Discovery, won the Award for Research Commercialisation. The CRC ran from 2007–2020, landing deals for groundbreaking cancer therapies with pharma giants for a headline value of close to $1.4 billion. Post-CRC funding, research and commercial work has been carried forward by Canthera Discovery, which now develops new drugs that have potential clinical applications for both cancer and non-cancer disorders affecting millions of people worldwide.

Finally, the University of Melbourne’s Oral Health CRC (2010–2018) and commercial partners Mondelez International, GC Corporation and CSL won the Award for Enduring Industry-Research Collaboration. Oral Health CRC invention Recaldent is a chewing gum that delivers calcium and phosphate ions into the tooth, repairing and strengthening enamel damaged by bacteria. Products using Recaldent have generated sales of over $2 billion, and it has been estimated the CRC invention has saved over $12 billion in dental treatment costs worldwide.

Upon receiving his award, Prof Cowan said, “The CRC Program shows that through collaboration we can address the major problems facing Australia, and I encourage government to continue and expand its funding for long-term, industry-focused CRC research collaborations.”