This year’s New Zealand International Science Festival (Scifest) will be held in Dunedin from 5-13 July. The aim of the event is to promote and celebrate science, technology and the natural environment to a wide general audience, showing that science is exciting, fun and accessible.

The festival has announced stunt scientist Tom Pringle, aka Dr Bunhead, as a guest of the festival. The Edinburgh-based science educator and pioneer of performance-science shows said he will be “joyriding through the world of science using an anarchic blend of wow!”

Pringle, who will be presenting workshops for kids, adults and school teachers, added, “My shows are especially suitable for anyone who hates (or hated) science at school, and in each show I tease out some science explanations behind the everyday experiences and objects that we take for granted.” 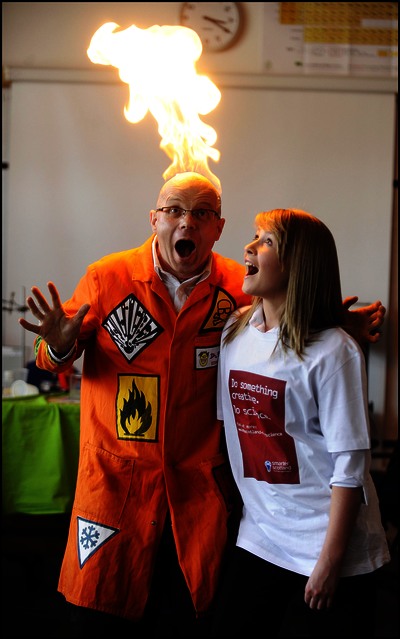 Festival director Chris Green said the presence of Pringle is “a rare opportunity”, noting that the performer “takes everyday objects and turns them into a science-themed barrage of contraptions, whooshes, bangs and flashes - to use his own colourful description”.

Another international guest is Kiwi expat Ryan Johnson, one of the world’s leading shark scientists. The marine explorer and wildlife documentary filmmaker will deliver a presentation on the research he has conducted in South Africa and around the world on great white sharks.

The festival will also run a University of Otago-led marine science day on 13 July featuring some of Johnson’s internationally featured documentaries, a shark dissection demonstration and workshops for all ages.

“He is one of the world’s leading authorities on great white sharks, making a contribution to the conservation and management of the great white both locally and globally,” noted Green.

Announcements of other key international guests will be made soon. The festival program will be revealed in late May and tickets go on sale from early June. For more information, visit www.scifest.org.nz.