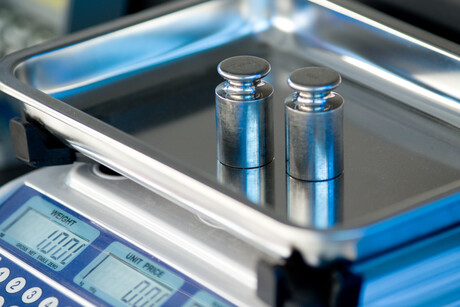 Have you ever wondered why we can trust the clean water coming out of our taps? The results of your blood test? That it’s actually a litre when you fill up? Or that imported cheese is fit for consumption?

The National Association of Testing Authorities (NATA), known to be the world’s oldest accreditation body, this week celebrates 75 years of delivering confidence and assurance for Australian consumers. It’s an organisation that few people have heard about, yet it has a significant responsibility in ensuring that those maintaining our everyday metrics are always right.

“People rely on measurement every day, often without thinking about it; when you fill up your car with petrol or buy meat from the supermarket,” said Bruce Warrington, CEO of the National Measurement Institute.

While accreditation may not be familiar to all, it brings competitive advantages to our economy and underpins the most essential parts of our lives, like toilets that flush with the appropriate force, roads that are safe to drive on and food that is free of pesticides. According to a report from the University of Technology Sydney (UTS), NATA adds somewhere between $315 million and $421 million to the Australian economy every year; that’s approximately $1 million a day.

Conceived out of wartime necessity, NATA started its existence in 1947 testing gas marks and defence supplies. It was Scientific and Industrial Research — later renamed CSIRO in 1949 — that saw the potential for broadening NATA’s scope post-war.

During the 1960s there was a sharp increase for accreditation across mining, motor vehicles, pollution testing, and chemical and mechanical labs, followed by pathology and agriculture in the 1980s and inspection services and forensic sciences accreditation programs in the early 1990s.

By recognising competent testing, measurement and inspection services that meet international standards of best practice, NATA’s accreditation services are designed to work in the national interest and make sure Australians can rely on the high standards of living we’ve come to enjoy. Today the not-for-profit member organisation has over 3000 accredited facilities and operates across 20 different programs of specialism; everything from the cars that we drive, to pathology (including COVID-19 PCR testing), to the food and drink on our tables.

Biobanking is the 20th and latest accreditation program offered by NATA as of the start of 2022.

“For 75 years NATA has been in the background, testing the testers, essentially protecting generations of Australian families,” said NATA CEO Jennifer Evans. “People may not know our name, but NATA really is one of Australia’s best kept secrets.

“NATA has been instrumental in the formation of international accreditation agreements, like ILAC’s (the International Laboratory Accreditation Cooperation) MRA (mutual recognition arrangement) which has been crucial to trade and ensuring Australia’s position on the global economic stage.

“I’ve personally seen a vast change in the organisation in my 35 years at NATA, but our mission remains the same: to improve the standard of testing practices in Australia.

“For 75 years NATA has delivered confidence in the testing that supports the way we live, and we will continue to do so no matter how that changes in years to come. So, while the emphasis we place on standards may alter, the core elements for labs will not. We will continue to provide quality assurance that’s fit for purpose.”

The association’s 75th anniversary documentary can be viewed below.