Science communicator Rona Sakko ran the activities-based Double Helix club in Adelaide for 16 years. She said when the club closed mid-2014, she was “inundated with messages from parents desperate for a science club to continue”. 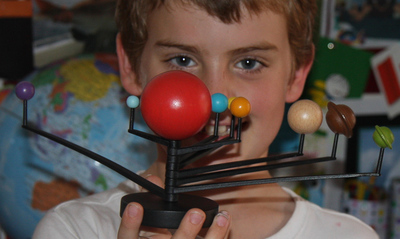 Professor Bob Hill, Executive Dean of the Faculty of Sciences at the University of Adelaide, said the university understands “the power of having children that age engaged in science”.

“The point of the club is not to convince children to come to The University of Adelaide,” he added. “We just want them to have an interest in science - the whole community benefits from that.”

Liesl von der Borch is particularly excited for the new club, as her four children had all previously attended CSIRO science outreach programs and were “utterly devastated” when Double Helix shut down, she said.

Von der Borch elaborated that Bright Sparks will provide important opportunities for her 12-year-old boy, Jamal, who has “such a passion for physics, for chemistry and for bird ecology”.

“I just love the fact that he can be extended beyond what he is offered at school as well,” she said. “Primary schools don’t do science like this.”

Bright Sparks was officially launched by Dr Andrew Dunbar, the director of the Office of Science, Technology and Research, representing South Australian Minister for Science and Information Economy Gail Gago. Bookings and club member registrations can now be made at http://www.sciences.adelaide.edu.au/bright-sparks/.