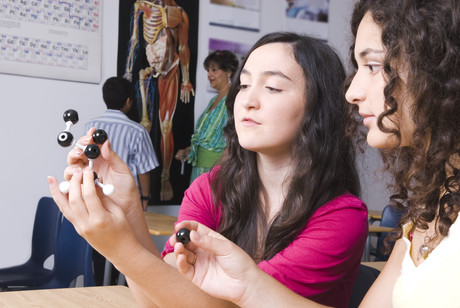 Australia’s future is at risk as performance declines amongst our maths and science students, says Science & Technology Australia (STA).

According to STA President Professor Emma Johnston, Australia will find it harder and more expensive to compete globally without a strong foundation for the next generation. She pointed to a recent report by the Australian Research Alliance for Children and Youth (ARACY) that highlights the need to act swiftly — the latest in a series of reports that calls for action to address the falling proficiency rates of maths and science in Australian students.

“It’s universally accepted that STEM skills will shape our future and, without a population that is confident and versed in the basics of science and technology, we will fall behind,” Professor Johnston said.

“Australia’s STEM education led the world before our performance began to decline in 2006.

“Since then, we have increased funding but performance has continued to slide to a point where we are falling to the middle of the pack.”

Professor Johnston said the decline in performance is being mirrored by a decline in enrolments in advanced science and mathematics courses, thus resulting in a lack of mentors to inspire young Australians to consider work in these fields.

“Without talented new recruits for our STEM sector, all aspects of our economy, society and community will be worse off for it — Australia will fall behind.”

Professor Johnston said the sector has been aware of the issues facing STEM education for some time and that there are some important steps that could be taken to address them.

“It’s important that we examine minimum qualification requirements for maths and science teachers, as we have many professionals outside the subject area coming in and teaching STEM subjects,” she said.

“We should also be encouraging science and maths graduates to consider a career in teaching, and facilitating better cooperation and consistency between state and territory curriculums.”

The ARACY report can be read here.

Professor Mark Febbraio won the award for leading the development of a potential new treatment...