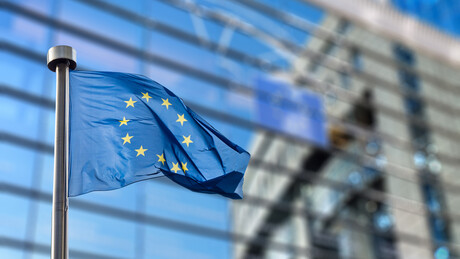 Australian biotech company Microbio has broken into the international market with the approval of its COVID-19 tests for sale and use in Europe. The company has been granted a CE Mark following extensive testing of its product across Australia, the United States, the United Kingdom, Italy and India, and comes at a time when it is seeking to establish advanced manufacturing in Australia to produce its patented reagents.

Microbio Chief Scientific Officer Dr Flavia Huygens said that when COVID-19 began to spread across the world, the company  pivoted to adapt its core technology to develop two distinct versions of InfectID-COVID-19 tests — Detection and Replicating tests. The tests have been designed to specifically target unchanging regions of the SARS-CoV-2 genome and are unlikely to have their accuracy reduced as new variants of SARS-CoV-2 emerge, the company said. This successful detection of all variants includes the Mu variant.

The InfectID-COVID-19 tests have been compared to other real-time PCR tests that claim to detect all variants, and are said to have a 100% success rate. In addition to the Detection test, the Replication test is a novel real-time PCR test designed to detect the SARS-COV-2 virus while it is in its early replicating phase.

“We know that this is one of the biggest limitations of the current PCR-based tests — they can’t tell if the virus they’re picking up is replicating and infectious, or simply inactive pieces of the virus that the body sheds as it fights the virus,” Dr Huygens said.

“The good thing about our tests is that they use standard laboratory real-time PCR equipment. There’s no need for labs to buy expensive new equipment or retrain their staff. The reagent has been tested in a National Association of Testing Authorities, Australia (NATA) accredited lab on existing equipment.”

Currently based at Queensland’s Translational Research Institute, Microbio says the European approval will enable the privately held scale-up to move into additional international markets, including India (and the subcontinent), North America, Africa and Asia. CEO Paul Carboon said Microbio has the immediate capacity to deliver 500,000 tests a week from a manufacturing facility in Canada, adding that the company expects to manufacture in Australia and is seeking government support to make its technology available to the health system in Australia and key export markets.

“As the world looks to open safely, having testing that detects the presence of SARS-CoV-2 in the early stages of the infection, when the virus is actively replicating (and is likely most infectious), is vitally important and it is exciting that an Australian company has been able to develop this technology,” Carboon said.

“We have had considerable interest from overseas including the United States and India, and gaining the CE Mark opens up the world to us.”

The Fast Antibiotic Susceptibility Test (FAST) means doctors will be able to find out up to 10...

At-home rapid antigen tests for COVID-19 will be available in Australia from 1 November 2021,...