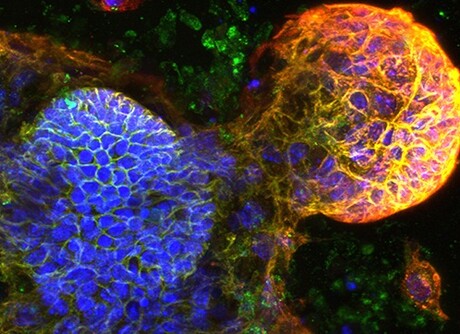 A biomarker in the blood of patients with bowel cancer may provide valuable insight into the risk of cancer relapse after surgery and the effectiveness of chemotherapy, according to a new study from Australian and US researchers.

Led by Associate Professor Jeanne Tie from Melbourne’s Walter and Eliza Hall Institute of Medical Research (WEHI), the research followed a group of patients with metastatic bowel cancer who had secondary cancer in the liver that had been removed by surgery. Their study, published in the journal PLOS Medicine, found that circulating tumour DNA (ctDNA) measured before and after surgery provided a reliable marker for predicting whether the cancer would recur following chemotherapy treatment.

The ctDNA test looks for fragments of tumour DNA in a patient’s blood before and after the removal of a cancerous tumour. The presence of ctDNA in the blood of patients after surgery provides evidence of remaining microscopic tumours, enabling researchers to predict the likelihood of the cancer reoccurring.

“What we found is that if ctDNA is present after surgery, it predicts an almost 100% recurrence rate for these patients,” Assoc Prof Tie said. “In contrast, for patients who were ctDNA-negative after surgery, the likelihood of the cancer reoccurring was far lower, about 25%.”

Assoc Prof Tie said ctDNA also provided an indication of the effectiveness of chemotherapy, which researchers previously had no way of measuring in real time.

“The usual process is to do the surgery to remove the cancer metastases, give the patient chemotherapy and then follow up with CT scans every six to 12 months, to see if the cancer recurs,” she said. “And if the cancer does recur, you know the treatment hasn’t worked. By measuring the ctDNA in the blood, we could immediately see whether the chemotherapy had cleared the cancer and were therefore able to predict the likelihood of the cancer recurring.”

Assoc Prof Tie said ctDNA biomarkers might allow clinicians to intervene earlier, noting, “Cancer that can be detected on a CT scan is unlikely to be curable by chemotherapy. But if we are able to detect microscopic disease, that we can’t pick up on a scan, we can intervene earlier and potentially still offer the patient a chance of cure.”

She added that while ctDNA technology is already being used in the US, further research is needed before it could be rolled out in Australia.

“The test needs to be very sensitive to be able to pick up microscopic cancer cells,” she said. “I am hopeful the new technology coming through will have enough sensitivity that we will be able to use this technique in the years ahead to improve patient care and treatment.

“With further development of this technology, this could also mean patients with a low recurrence risk could avoid unnecessary chemotherapy.”

The Fast Antibiotic Susceptibility Test (FAST) means doctors will be able to find out up to 10...

At-home rapid antigen tests for COVID-19 will be available in Australia from 1 November 2021,...

The Replication test is a novel real-time PCR test designed to detect the SARS-COV-2 virus while...