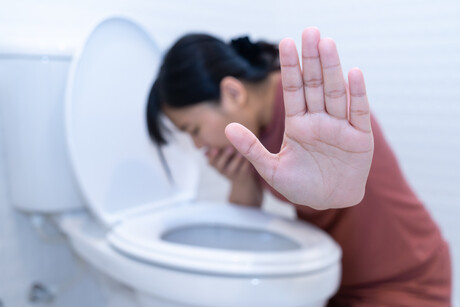 The term ‘morning sickness’ is misleading and should instead be described as nausea and sickness in pregnancy.

That’s according to researchers from the University of Warwick, whose study in the British Journal of General Practice shows that, while the most likely time for pregnancy sickness symptoms to occur is in the morning, a significant number of women can experience them at any time of the day.

Morning sickness has long been used to describe nausea and vomiting that women often experience in the early stages of pregnancy. Although pregnant women often report experiencing nausea and sickness throughout the waking day, until now no research has described the likelihood of these symptoms occurring at different times of the day.

For their study, the Warwick researchers used data from daily symptom diaries kept by 256 pregnant women. In these diaries, the women recorded their experience of nausea and vomiting for each hour in the day, from the day they discovered they were pregnant until the 60th day of their pregnancy. The researchers then used this data to map the likelihood of experiencing nausea and experiencing vomiting in each hour of the day, broken down into weeks following last ovulation.

The most common hour for participants to experience nausea and vomiting was between 9 am and 10 am, with 82% experiencing nausea in this hour and 29% experiencing vomiting. But while vomiting mainly occurred between the hours of 7 am and 1 pm, nausea was highly likely throughout the whole daytime, not just the morning. Furthermore, many women still reported vomiting as a symptom even into the evening.

“Morning sickness is widely used by the general public, media and even healthcare professionals, but it doesn’t give an accurate description of the condition,” said Professor Roger Gadsby from Warwick Medical School.

“If a pregnant woman experiences sickness in the afternoon she may feel that this is unusual and wrong, or if she experiences no vomiting but feels nauseated all day she might think she is not covered by the term morning sickness. And those women who experience severe symptoms feel it trivialises the condition.

“Nausea and vomiting in pregnancy (NVP) can have a significant negative impact on the lives of sufferers. It can cause feelings of depression, of being unable to look after the family and of loss of time from paid work. Very severe NVP called hyperemesis gravidarm (HG) is the commonest cause of admission to hospital in the first trimester of pregnancy.”

The study authors concluded, “The continued use of the term ‘morning sickness’ could imply that symptoms only rarely occur in the afternoon and evening so that sufferers will have significant parts of the day symptom-free.

“This study shows that this is an incorrect assumption and that symptoms, particularly nausea, can occur at any time of the day.”

From egg to adult: insights into human embryonic development

How a human develops from a single fertilised egg to a fully grown adult is a fundamental...

The Australian Government has secured an additional one million doses of Moderna's COVID-19...