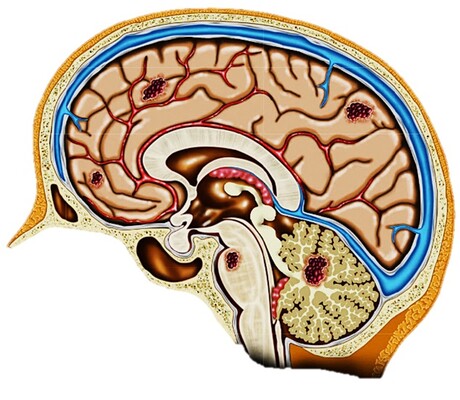 Researchers from Sydney’s Centenary Institute have discovered a potential new therapy for cerebral cavernous malformations (CCMs), a devastating disease that often affects young people and can result in stroke and seizures. Their breakthrough has been published in the journal PLOS Biology.

“CCMs are vascular lesions comprising clusters of abnormally thin and leaky blood vessels,” explained Professor Jennifer Gamble, senior author on the new paper. “Stroke or seizures can occur when blood from these vessels leaks into the surrounding brain tissue. We can’t predict when this will happen or how frequently.

“Most often, people don’t realise they have the disease until they have an event such as a seizure. Currently there is little in the way of effective medical treatment for CCMs except for surgical removal of the most dangerous lesions, which is limited by the size and depth of the lesions.”

Prof Gamble and her collaborators were able to show that a protein called VE-cadherin, critical to maintaining a healthy blood vessel lining, was seen at lower levels in mice with CCM lesions. They subsequently found that the drug CD5-2 could be used to help normalise the vascular disorders, inhibiting the development and reducing the size of existing lesions.

“We … used the drug CD5-2 to elevate VE-cadherin levels, resulting in a reduction in the lesions that were present in our CCM mice,” Prof Gamble said.

Developed by the Centenary Institute and collaborators, CD5-2 was initially designed to combat the development of solid cancers by reducing and repairing damage caused by inflammation in blood vessels. It has since been found to have other potential benefits, including as a treatment to prevent sight-loss in people with diabetes.

“CD5-2 is a drug that improves leaky blood vessels, and this is a feature of many chronic diseases,” Prof Gamble said. “We have now shown that CD5-2 is a potential novel therapy for CCMs, a disease with surgery as the only option — and that’s not always possible, especially if patients have multiple lesions. This discovery could lead to the first effective, non-invasive treatment option for CCMs, which would be truly heartening for sufferers.”

Prof Gamble believes that CD5-2 may yield even further health benefits, with research into the drug and other disease areas still ongoing.