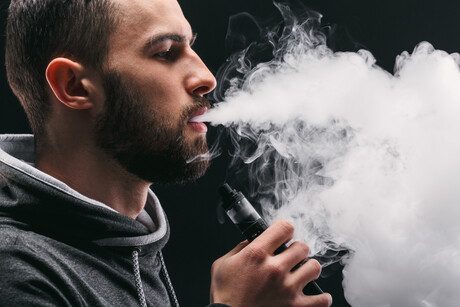 Since their introduction over a decade ago, e-cigarettes have been marketed as a healthier alternative and an aid to conventional cigarette smoking cessation. Containing a combination of propylene glycol, vegetable glycerin and variable levels of nicotine and additives, e-cigarettes have been associated in prior observational studies with various diseases such as COPD, coronary heart disease and depression — but their impact on bone health (specifically fragility fractures) had not been previously studied.

Lead investigator Dr Dayawa D Agoons, from UPMC Pinnacle, revealed, “In my outpatient clinic I saw a patient after surgery to repair a femoral neck fracture. She was a smoker and used e-cigarettes as an aid to quit smoking. I realised there was a knowledge gap in the literature on the potential relationship between e-cigarettes and fragility fractures and decided to conduct this study.”

Investigators conducted a cross-sectional analysis using 2017–2018 data from the US National Health and Nutrition Examination Survey (NHANES). Using a sample of more than 5500 American adult men and women, they studied the association between e-cigarette use and fragility fractures. There were 4519 (81.2%) never e-cigarette users, 1050 (18.8%) ever e-cigarette users and 444 (8%) with self-reported fragility fractures — fractures of the hip, spine or wrist that resulted from minimal trauma such as a fall from standing height or lower.

The study results, published in the American Journal of Medicine Open, showed a higher prevalence of fragility fractures among e-cigarette users compared to non-users. Researchers also found that individuals who used both conventional and e-cigarettes had a higher prevalence of fragility fractures compared to conventional smokers alone.

With the prevalence of e-cigarette use in the US highest among adults aged 18–25, the study suggests that young e-cigarette users may be increasing their risk of osteoporotic fractures over time. The investigators therefore recommend that healthcare providers, especially those in primary care practice, should consider e-cigarettes as a potential risk factor for fragility fracture and include risk for fracture to the potential negative consequences of e-cigarettes.

“To our knowledge, this is the first study to investigate the relationship between e-cigarette use and fragility fractures,” Dr Agoons said. “It fills an important knowledge gap given the increasing popularity of e-cigarette use and the significant economic burden and known morbidity and mortality associated with osteoporotic fractures. Our findings provide data to inform researchers, healthcare policymakers and tobacco regulators about the potential association of e-cigarette use with reduced bone health.”

Subject to final recommendations from ATAGI, the Australian Government will start rolling out the...

A common medication used to treat reflux, heart burn and ulcers could be lessening the...