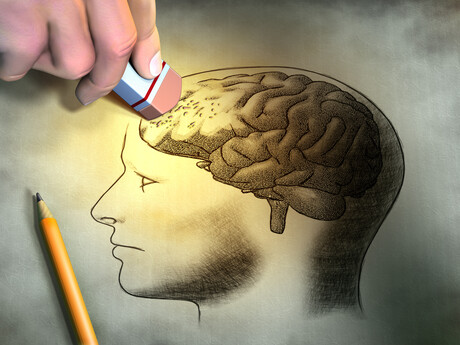 A study led by Monash University has found a promising new drug for patients with the second-most common form of dementia in people under 60, resulting in a stabilising of escalating behavioural issues and a reversal of brain shrinkage. Published in the journal Alzheimer’s and Dementia, it is the second clinical trial to show that the drug, sodium selenate, may be slowing cognitive decline and neurodegenerative damage that is the hallmark of dementia.

Behavioural variant frontotemporal dementia (bvFTD) can occur in people as young as 35 years of age, and is characterised by behavioural disturbances and personality changes. There are no treatments or cures for bvFTD and typical survival is 5–7 years from diagnosis.

In almost half of the cases with bvFTD, the damage to the neurons in the brain is caused by the build-up of a protein called tau — a major target for research into the prevention and treatment of Alzheimer’s and dementia. Sodium selenate upregulates an enzyme in the brain that effectively attacks the tau protein, according to trial leader Dr Lucy Vivash.

“We have previously shown, in a Phase 2 trial, that patients with mild to moderate Alzheimer’s disease who took sodium selenate experienced less neurodegeneration in those who did not,” Vivash said. The recent Phase 1 trial meanwhile showed that sodium selenate is safe and well-tolerated in patients with bvFTD over a period of 12 months.

The majority of patients receiving sodium selenate showed no change in their cognitive or behavioural symptoms, and reduced rates of brain atrophy over the trial period. In addition, those patients in the trial with higher levels of selenium, a breakdown product of sodium selenate, in their bloodstream showed less cognitive decline.

Meanwhile, a separate study led by Flinders University has found that people diagnosed with Alzheimer’s disease at a younger age will experience faster symptom progression than their older counterparts, with the results of their study published in the Journal of Alzheimer’s Disease.

“The more we know about how the disease will progress and at what rate symptoms will manifest, the better we can assist with prognosis and care planning,” said study author Dr Monica Cations.

“We already know there are several differences with young-onset Alzheimer’s, usually classified as occurring before the age of 65. This includes patients being much more likely to present with atypical symptoms and less likely to report memory loss.”

The study looked at 30 existing studies that had investigated the relationship of age of symptom onset with the dementia’s effect on cognition, function or behavioural symptoms. The analysis shows that younger people with Alzheimer’s disease experience faster symptom progression on average than older people, with their memory, executive function and other important brain functions deteriorating more quickly.

The authors say the data can be used for clinical planning and suggest that younger people with Alzheimer’s will likely require more frequent review over the course of their illness, along with more rapid access to support services. She added that one of the best things we can do is address the modifiable risk factors for dementia to potentially delay symptom onset.