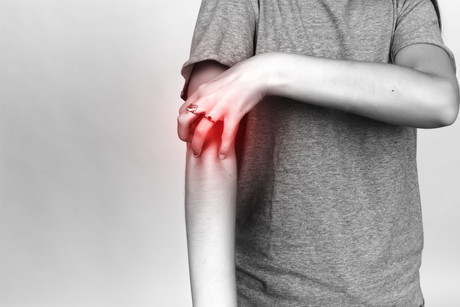 Scabies, caused by tiny mites, is a debilitating skin condition leading to severe itching. The mites thrive in crowded conditions, whether through people living close to each other or in settings such as schools and other institutions.

Scabies is widespread in many tropical settings, especially in the Pacific region. If left untreated it can lead to serious bacterial infections, not only of the skin but also of internal organs — including the kidney and heart.

In 2012, the Murdoch Children’s Research Institute (MCRI), the Kirby Institute and the Fiji Ministry of Health treated almost everyone on a remote Fijian island (716 people) with the oral antiparasitic drug ivermectin, which has been recommended by the WHO for the control of common parasitic diseases. The principle of mass drug administration is that everyone in the community is encouraged to take the medication, regardless of whether or not they have scabies, to kill the mites at the same time and stop them from spreading from person to person.

In the original trial, the researchers assigned three island communities to different interventions for scabies control: standard care involving treatment of affected individuals and their families using permethrin cream, mass administration of permethrin cream and mass administration of ivermectin tablets. The researchers published their findings at one-year follow-up and again at two-year follow-up in The New England Journal of Medicine.

“After one year the prevalence of scabies declined in all groups, but by far the most dramatic reduction was in the ivermectin group with a fall in prevalence of 94%,” said Dr Mike Kama, focal person for scabies control in the Fiji Ministry of Health. Two years after treatment, the infection rate was still extremely low, at 3.6% — down 89% on the original figure.

The Kirby Institute’s Dr Lucia Romani, lead author on the latest study, said, “Mass drug administration has been used to successfully control other important parasitic and bacterial diseases around the world. We have shown it can be used for scabies too, and that its effect is long-lasting.”