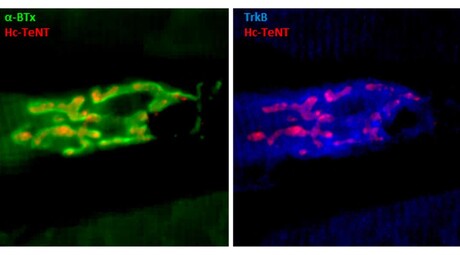 Researchers have revealed how a non-toxic derivative of the tetanus neurotoxin (Hc-TeTx) may serve to treat depression and neurodegenerative diseases, as has already been demonstrated in animal models.

Depression has been treated traditionally with inhibitors of serotonin reuptake in the central nervous system. These drugs do not come without side effects, such as lack of immediate therapeutic action, the need for daily doses and the danger of becoming addicted to some of these drugs. That is why scientists continue to work on new therapies to treat depression.

In 2019, an international group of researchers co-led by Professor José Aguilera from the Universitat Autònoma de Barcelona (UAB) observed that a non-toxic derivative of the tetanus neurotoxin (which causes tetanus infections) improved depression symptoms in rat animal models. The results were published in the journal Behavioural Brain Research.

“One intramuscular dose of Hc-TeTx made depression symptoms disappear in less than 24 hours, and its effects lasted two weeks,” Prof Aguilera said. Based on these findings, scientists began to work on discovering the mechanism through which this substance produces these effects.

A more recent study, coordinated by Prof Aguilera in collaboration with researchers from Mexico’s Benemérita Universidad Autónoma de Puebla (BUAP), demonstrated that Hc-TeTx is capable of inhibiting the transport of serotonin within the central nervous system by binding to neurotrophin receptors — proteins that induce the survival of neurons. These results, published in the journal Molecules, suggest that the drug may not only serve in treating depression, but also be useful in treating neurodegenerative diseases, such as Parkinson’s disease or amyotrophic lateral sclerosis (ALS).

According to researchers, the advantages of introducing Hc-TeTx as a new drug are evident. A biweekly or monthly dose would allow medical professionals to control the progress. Since it is a recombinant product, there would be no problems with drug safety, production or high costs. Furthermore, in neurodegenerative cases, Hc-TeTx would eliminate any disease-related depression.

“This is an important advance in science, and even more so now when in addition to the high incidence in depression and alterations in behaviours, we see mental alterations as a result of COVID-19 and the negative environments of stress, self-isolation or fear,” Prof Aguilera said.

The researchers recently patented the therapeutic use of Hc-TeTx for the treatment of depression, Parkinson’s disease and ALS, and are now looking for investors to be able to conduct clinical trials on humans.