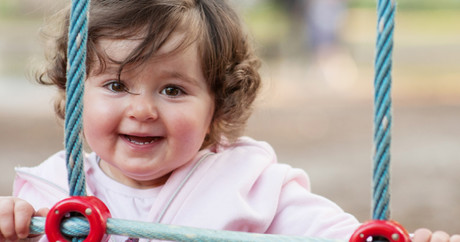 The program, led by Children’s Cancer Institute and the Kids’ Cancer Centre at Sydney Children’s Hospital, Randwick saw 128 children from across Australia enrolled into the trial after just 11 months. Each of these are children with an aggressive cancer that is identified as having less than a 30% chance of survival. Around 67% of those enrolled in the trial were provided with personalised treatment plans aimed at killing their unique cancer cells. For most children enrolled in the trial, there were otherwise few to no treatment options available to them.

Associate Professor Tracey O’Brien, Director, Kid’s Cancer Centre at Sydney Children’s Hospital, Randwick said, “Zero Childhood Cancer is about using the best science we have to give hope to children with high-risk cancer. We must try a different approach. Accepting the status quo means that 70% of these children won’t survive to celebrate another birthday.

“Our early results are encouraging and, as we learn more, I see future potential for targeted drug therapies to be used more broadly in all child cancers as a smarter way to achieve cure, while minimising therapy side effects.”

The Executive Director of Children’s Cancer Institute, Professor Michelle Haber AM, said the Zero Childhood Cancer program is bringing us one step closer to personalised medicine for all childhood cancers.

“The information we gather will not only benefit children on the national clinical trial but will inform new discoveries and further clinical trials that we believe will impact all children with cancer in the future.”

No story exemplifies the impact of Zero Childhood Cancer more than that of Ellie. At just 11 months old, Ellie was diagnosed with infantile fibrosarcoma, a rare and aggressive tumour that was resistant to chemotherapy. The tumour was so large that she was on life support.

Following sequencing of the entire genetic material of Ellie’s tumour through a partnership with the Lions Kids Cancer Genome Project, the whole genome sequencing identified the specific genetic change likely to be driving Ellie’s cancer. The Zero Childhood Cancer team were then able to identify a new drug that specifically targeted that particular genetic change. The drug was sourced, and after four weeks of treatment Ellie’s cancer had shrunk enough for her to be taken off life support and able to breathe independently. Six weeks later, Ellie was home.

Ellie’s parents, Mina and Rob, know their daughter is only here today because of the Zero Childhood Cancer program. “We were told to think about saying goodbye — she was so sick we didn’t even know if she would reach her first birthday. Now, to be celebrating her second birthday, when she is such an active, boisterous and energetic two-year-old, is beyond our wildest dreams. We can’t thank the teams at the hospitals and research centres involved in the Zero Childhood Cancer program enough,” Mina said.