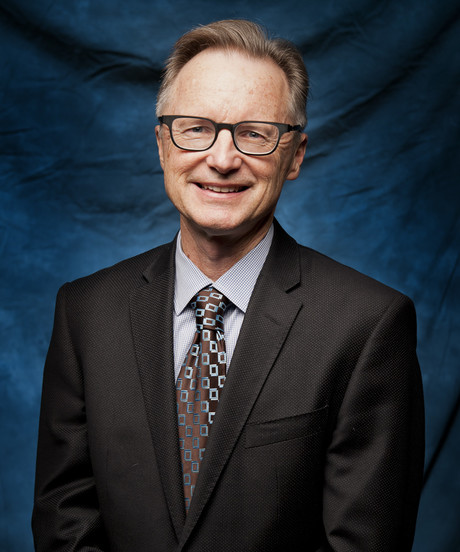 Chronic myeloid leukaemia (CML) was once considered a devastating form of blood cancer, with less than one in six patients surviving eight years past their diagnosis1. However, the introduction of treatment with tyrosine kinase inhibitors (TKIs) and research into individualising therapy according to response has resulted in some patients achieving treatment-free cancer remission2.

Professor Tim Hughes and his team at the South Australian Health and Medical Research Institute have been at the forefront of this research, leading many of the advancements in CML treatment over the last 20 years. During this time, this remarkable achievement has received many awards and accolades, with the most recent being the GSK Award for Research Excellence, presented to Professor Hughes at Research Australia’s Health and Medical Research Awards 2017 earlier this month.

In accepting the award, Professor Hughes was quick to describe the group efforts and the role of clinical trials in allowing his research to prosper in Australia.

“The remarkable success of TKI therapy for CML is a great example of effective collaboration between scientists, clinicians and the pharmaceutical industry,” said Professor Hughes.

“The original clinical trials into the first generation of TKIs gave us unique insights into the dynamics of response and the mechanisms of drug resistance. This drove the development of second- and third-generation TKIs, which have further improved outcomes for patients,” he added.

Professor Hughes believes patient participation in clinical trials has been the engine driving the team’s success, and he encourages other cancer communities to support their researchers.

“One of the biggest challenges in cancer research is recruiting patients to participate in clinical trials. Patients are generally very keen to join studies, but there are lots of barriers in the health system that keep trial numbers down3. A key to our success has been the willingness of CML patients around Australia to join our clinical trials. It’s quite remarkable to me that the motivation to join these clinical trials is almost always to help others in the CML community, since there is no guarantee that the trial will work for them personally.

“Over half of our Adelaide CML patient group have been involved in one or more clinical trials and even more have joined our National CML Registry to facilitate further research. This incredible participation rate has allowed the field to move swiftly over the past decade,” said Professor Hughes.

His team has demonstrated that molecular monitoring of a patient’s response to TKI therapy enables it to be “customised” to enhance the chances for each patient to achieve durable remissions. Furthermore, this helps to minimise the risks of drug resistance and disease progression.

TKIs are now becoming available for many other cancers with the potential to improve existing treatments.

Professor Hughes and his team at the South Australian Health and Medical Research Institute are currently focused on treatment response to optimise disease management and patient outcomes.

Dr Andrew Weekes, Medical Director, GSK Australia, said GSK is proud to be able to support Australian researchers with this award, now in its 37th year.

“The work of Professor Hughes and his team is a standout example of the impact Australian researchers can have on patients’ lives on a global scale. A mindset of both innovation and collaboration is necessary to achieve such remarkable outcomes. My hope is that by highlighting this team’s achievements and further supporting their work, we can inspire others in the quest to develop effective approaches to areas of high unmet medical need,” said Dr Weekes.

The GSK Award for Research Excellence is one of the most prestigious awards available to the Australian medical research community. It has been awarded since 1980 to recognise outstanding achievements in medical research with potential importance to human health.

Among the previous recipients of the GSK Award for Research Excellence are Australia’s most noted scientific researchers, including Professor Tony Basten (1980), Professor Nicos Nicola (1993), Professor Peter Koopman (2007) and Professor Kathryn North (2011). The 2016 GSK Award for Research Excellence was awarded to Professors Arthur Christopoulos and Patrick Sexton from Monash University for their research into targeting medicines that treat chronic conditions.