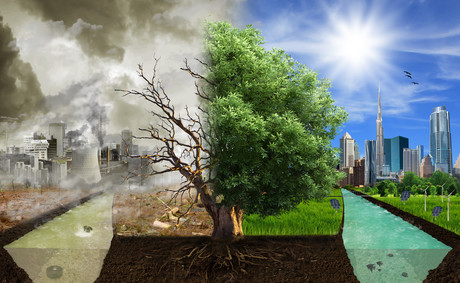 An international team of scientists has declared a climate emergency, warning that “untold human suffering” is unavoidable without deep and lasting shifts in human activities that contribute to greenhouse gas emissions and other factors related to climate change.

Published in the journal BioScience and featuring more than 11,000 scientist signatories from 153 countries, the declaration is based on scientific analysis of more than 40 years of publicly available data covering a broad range of measures, including energy use, surface temperature, population growth, land clearing, deforestation, polar ice mass, fertility rates, gross domestic product and carbon emissions.

The study includes graphs that illustrate how climate change indicators and factors have changed over the past 40 years, since scientists from 50 nations met at the First World Climate Conference in Geneva in 1979. In the ensuing decades, multiple other global assemblies have agreed that urgent action is necessary, but greenhouse gas emissions are still rapidly rising. Other ominous signs from human activities include sustained increases in per-capita meat production, global tree cover loss and number of airline passengers.

There are also some encouraging signs — including decreases in global birth rates and decelerated forest loss in the Brazilian Amazon and increases in wind and solar power — but even those are tinged with worry. The decline in birth rates has slowed over the last 20 years, for example, and the pace of Amazon forest loss may be starting to increase again.

“Despite 40 years of major global negotiations, we have generally conducted business as usual and are essentially failing to address this crisis,” said Professor William Ripple from Oregon State University, co-lead author of the paper. “Climate change has arrived and is accelerating faster than many scientists expected.

“Ice is rapidly disappearing as shown by declining trends in minimum summer Arctic sea ice, Greenland and Antarctic ice sheets, and glacier thickness. All of these rapid changes highlight the urgent need for action.”

“Scientists have a moral obligation to warn humanity of any great threat,” added Dr Thomas Newsome from The University of Sydney, a co-author on the study. “From the data we have, it is clear we are facing a climate emergency.”

Dr Newsome said that measuring global surface temperatures will continue to remain important. However, he said that a “broader set of indicators should be monitored, including human population growth, meat consumption, tree cover loss, energy consumption, fossil fuel subsidies and annual economic losses to extreme weather events”. He said these indicators would be useful for the public, policymakers and the business community to track progress over time.

The scientists have also highlighted six areas in which humanity should take immediate steps to slow down the effects of a warming planet:

“As scientists, we urge widespread use of the vital signs and hope the graphical indicators will better allow policymakers and the public to understand the magnitude of the crisis, realign priorities and track progress.”