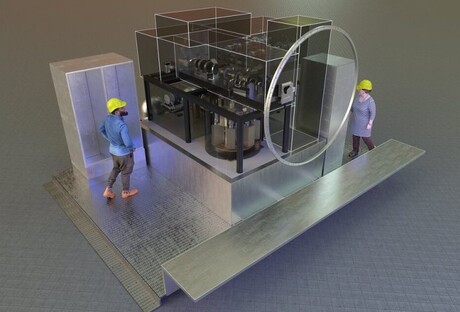 The European Southern Observatory (ESO) has signed an agreement with an international consortium, led by Australian scientists, to build and operate MAVIS (Multi-conjugate-adaptive-optics-Assisted Visible Imager and Spectrograph) — a ground-based telescope that will produce images sharper than space telescopes operating today, including the Hubble Space Telescope. MAVIS will be installed on the Very Large Telescope (VLT) Unit Telescope 4 (Yepun) at ESO’s Paranal Observatory in northern Chile, and is expected to start operating in 2027.

The MAVIS consortium is led by The Australian National University (ANU) and involves Macquarie University, Italy’s National Institute for Astrophysics (INAF) and France’s Laboratoire d’Astrophysique de Marseille (LAM). Over a course of seven years, and at a cost of $57 million, they will develop a telescope that can produce sharp images by removing the ‘blur’ caused by turbulence in the Earth’s atmosphere, like the phenomenon of objects appearing blurry on the horizon during a hot day.

To do this, the instrument will make full use of the VLT’s sophisticated Adaptive Optics Facility, which has powerful laser guide stars and an adaptive mirror that can be deformed hundreds of times per second to correct for the atmospheric blur. MAVIS will include two more adaptive mirrors and other systems to better correct these distortions.

“MAVIS will … deliver images as sharp as if the telescope were in space, helping us to peer back into the early universe by pushing the cosmic frontier of what is visible,” said MAVIS Principal Investigator Professor François Rigaut, from the ANU Research School of Astronomy and Astrophysics.

“The ability to deliver corrected optical images, over a wide field of view using one of the world’s largest telescopes, is what makes MAVIS a first-of-its kind instrument, and means we will be able to observe very faint, distant objects.

“We will be able to use the new technology to explore how the first stars formed 13 billion years ago, as well as how weather changes on planets and moons in our solar system.”

In return for building MAVIS, the consortium will get guaranteed observing time with the instrument, as well as a financial contribution from ESO for its hardware. Professor Matthew Colless, Director of the ANU Research School of Astronomy and Astrophysics, said the arrangement couldn’t be more timely, as the coming decade represents a very exciting time for astronomy.

“From space, with the likes of the James Webb Space Telescope, and with ground-based facilities such as ESO’s Extremely Large Telescope, astronomers will explore the universe in more depth than ever,” he said.

“By delivering the sharpest view possible using visible light, MAVIS will be a unique and powerful complement to these future large facilities, which target infrared wavelengths.”

Image caption: This computer model shows how MAVIS will look on the instrument platform of VLT Unit Telescope 4 (Yepun) at ESO’s Paranal Observatory. The boxes indicate the various submodules of the instrument.