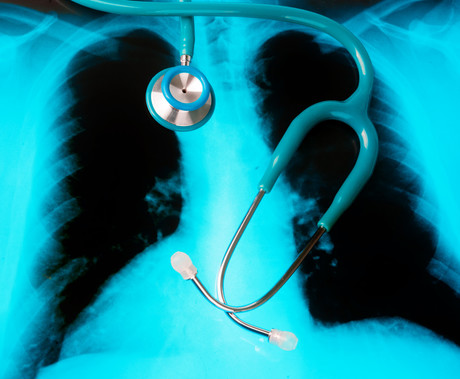 Immunodiagnostics group Oncimmune Holdings has welcomed data that demonstrates the potential of the company’s EarlyCDT Lung test to reduce the incidence of patients with late-stage lung cancer at diagnosis, compared with standard clinical diagnosis.

The findings, recently presented at the 2019 World Conference on Lung Cancer in Barcelona, are an important validation of Oncimmune’s diagnostic platform technology, which works by detecting the presence of autoantibodies generated by the body’s immune system as a natural defence against cancer cells. The technology can detect cancer four years or more before standard clinical diagnosis.

In a randomised controlled trial (the ECLS trial) of 12,209 people in Scotland at high risk of developing lung cancer, it was shown that more people were diagnosed at an early stage of the disease in the two years after taking the EarlyCDT Lung test than those in the control arm who received standard clinical care. Lung cancer was chosen as the first target of the technology because it is the world’s leading cause of cancer-related death and is often detected at an advanced stage, with approximately 85% of patients in the UK undiagnosed until the disease has spread to other parts of the body.

Among those people who received the EarlyCDT Lung test and went on to develop lung cancer within the next two years, 41.1% were diagnosed at an early stage (stage 1 and 2) of the disease, compared with 26.8% among the control group subject to standard clinical practice. This resulted in a 36% reduction in late-stage presentation after two years of follow-up in subjects randomised to the EarlyCDT test.

The trial also showed a lower rate of deaths among people in the intervention arm of the trial after two years compared with people in the control group. Lung cancer-specific deaths were also lower in the intervention group. This suggests that the EarlyCDT Lung test followed by CT imaging could produce a mortality benefit, although the trial was not powered to demonstrate such a trend after two years.

Professor Frank Sullivan, Chief Investigator for the ECLS trial from the University of St Andrews, commented, “These landmark findings are likely to have globally significant implications for the early detection of lung cancer by showing how a simple blood test, followed by CT scans, is able to increase the number of patients diagnosed at an earlier stage of the disease, when surgery is still possible and prospects for survival much higher.”

The ECLS trial is believed to be the largest randomised controlled trial for the detection of lung cancer using biomarkers conducted anywhere in the world. The next step is to move to a larger population-based evaluation in up to 200,000 patients to assess the implications of diagnosis with EarlyCDT Lung on survival and mortality in a real-world setting.

“We are thrilled that the ECLS trial has demonstrated so clearly the potential of our EarlyCDT technology platform to transform the way cancer is diagnosed,” said Oncimmune CEO Adam Hill. “We look forward to working with health authorities in Scotland and beyond to roll out EarlyCDT Lung more widely, with the aim of saving lives and reducing costs for the NHS and other healthcare systems around the world. Meanwhile, we are continuing to test our technology on other forms of cancer, including liver, ovarian, breast and prostate, in pursuit of our ambition to build the leading immunodiagnostic platform in the field of oncology.”