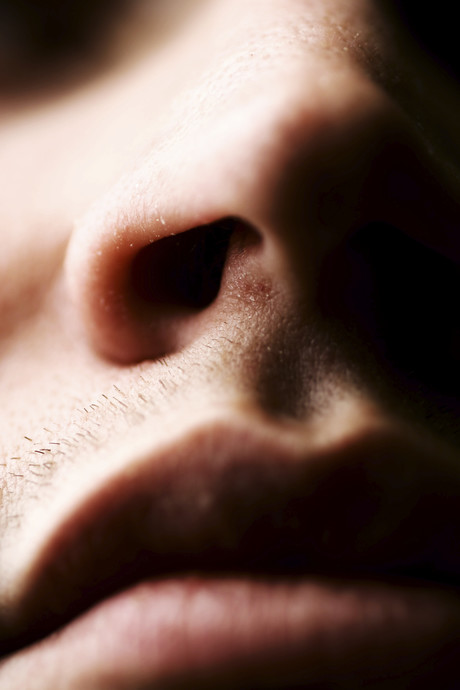 The human nose plays an important role in conditioning the air we breathe, ensuring that it is warm and moist when it reaches the lungs and helping to prevent infections. But have you ever wondered why the size and shape of the nose tends to vary between different human populations?

Previous studies suggested that people whose ancestors lived in hot, humid places tend to have wider nostrils than people whose ancestors came from cold and dry environments, but whether these differences arose in response to local climates or just due to chance was unknown. Now, a research group led by Pennsylvania State University thinks they may have found the answer.

The researchers examined the size and shape of noses on people with West African, South Asian, East Asian or Northern European ancestry and found that differences in nose shape across these populations are greater than can be explained by chance alone. Wider nostrils were correlated with ancestors who evolved in warmer temperatures and with greater absolute humidity, suggesting that climate was one factor driving nasal evolution. The researchers also suspect that additional factors, such as cultural preferences when picking a mate, have also played a role in shaping the nose. 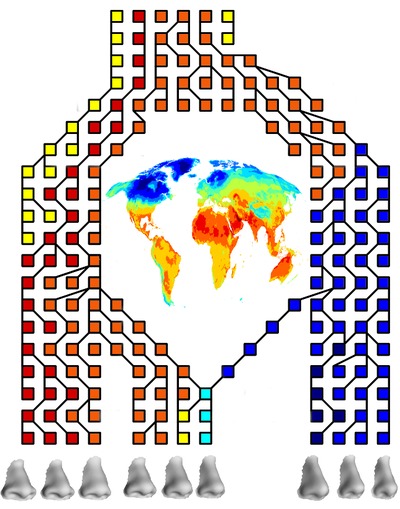 The diverging tree represents the evolutionary process underlying population-differentiation in nose shape, a quantitative trait. Blue boxes represent alleles for narrower nares while red boxes represent alleles for wider nares. Colours in between represent intermediate phenotypes. The colour scale was chosen to correspond with colour scale representing climatic variation in temperature and humidity, to show that narrower nares are favoured in cool-dry climates while wider nares are favoured in hot-humid climates. Studying phenotypic differentiation across populations can be tricky in making evolutionary inferences because of the confounding effects of genetic and environmental factors. This limitation can be overcome to a certain extent by studying the phenotypic and genetic variation in admixed populations. Image credit: Arslan A. Zaidi and colleagues.

Writing in the journal PLOS Genetics, the study authors noted that investigations into nose shape evolution and climate adaptation may have medical as well as anthropological implications. Studies of human adaptation are essential to our understanding of disease and yield insights into why certain conditions, such as sickle cell anaemia, lactose intolerance or skin cancer, are more common in certain populations. The researchers suggested that it may be worth investigating whether the shape of the nose and the size of the nasal cavity impact one’s risk of contracting a respiratory disease when living in a climate that is different from one’s ancestors.