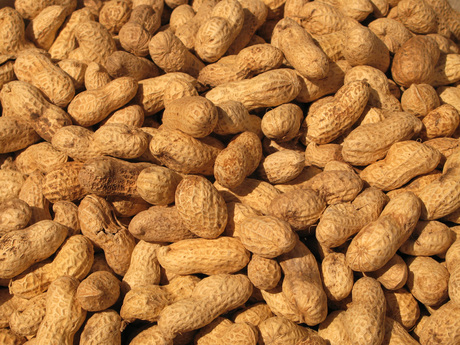 Writing in the Journal of Near Infrared Spectroscopy, the researchers stated, “The use of a common environment for processing different powder foods in the industry has increased the risk of finding peanut traces in powder foods.” With prevention of contamination more or less impossible, food labels are required to indicate that they ‘may contain peanuts’, as even trace levels of the nuts can trigger life-threatening reactions in allergic individuals.

Food manufacturers would therefore like to know for sure whether a powdered foodstuff contains trace amounts of peanut and at exactly what concentration. Although there are several techniques for detecting peanut contamination, they tend to be time-consuming and only work with small samples, which may not be representative of the foodstuff as a whole.

A faster method for detecting peanut contamination is offered by NIR spectroscopy, an analytical technique that detects specific molecules based on their absorption and reflection of light at near-infrared wavelengths. Scientists have already shown that peanut powder generates different NIR spectra to various other powdered foodstuffs, including wheat flour, milk and cocoa, allowing any contamination to be detected. The problem with conventional NIR spectroscopy is that it collects an average NIR spectrum over a large area, meaning that trace peanut contamination may be missed.

First, the scientists confirmed that peanut powder generates different NIR spectra to wheat flour when analysed by NIR HSI, allowing the two powders to be distinguished from each other. Next, they developed a scoring system that could determine whether or not specific pixels in an image of wheat flour contained peanut powder from their NIR spectra. Using this system, they could estimate the level of contamination by simply determining the percentage of pixels that contained peanut powder.

They tested the system on samples of wheat flour spiked with powder from four different types of peanut, including raw, blanched and roasted, at concentrations varying between 0.01 and 10%. The system could accurately determine the level of contamination at between 0.1 and 10% and was even able to detect peanut contamination at 0.01%.

“These results show the feasibility of using HSI systems for detecting traces of peanut and similar products that are present in low percentages in powder foods with contrasting spectra,” said lead researcher Puneet Mishra from UPM, who is now looking to apply the same technique to detecting contamination by other nuts.

“Although peanut is the most common cause of nut allergy, peanut-allergic patients are frequently also sensitive to tree nuts,” he said. “We are presently sampling different tree nut mixtures of almond, walnut and hazelnut to check the feasibility of HSI for detecting them.”