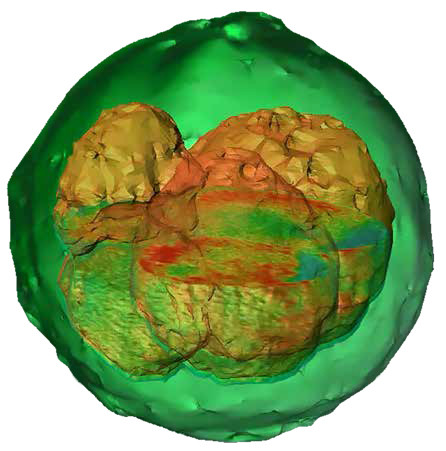 The rapid progression in fluorescence imaging for cell biology over the last 20 years has invariably led to challenges around toxicity of fluorophores, biological relevance of genetically modified cells and ethical dilemmas around genetic modification.

The quest to find high-resolution intracellular imaging techniques that do not require any expression of artificial genes has led to the upsurge in development of unlabelled techniques.

One such field is that of quantitative phase imaging (QPI), which enables researchers to observe cells in real time and to perform long-term studies.

What is quantitative phase imaging?

QPI is a technique developed to generate 2D or 3D optical density maps of cells in culture without the requirements for staining or genetic modification of the sample. This means it is ideally suited to examining primary cell populations, in vitro cell cultures and any unmodified cell populations. 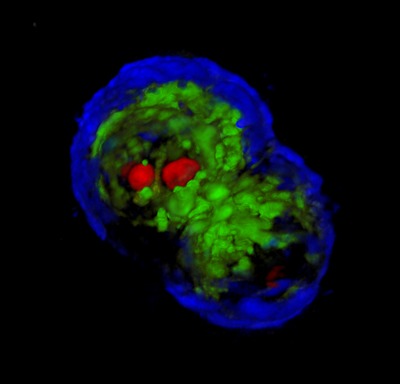 Given the non-toxic nature of QPI, it is ideally suited to imaging sensitive cell populations. With extremely low phototoxicity, long-term live cell imaging of even primary cells is possible. This has applications areas such as:

Additionally, as you do not need to genetically modify the cell population of interest or add chemical stains the resultant images provide the most accurate data of the cell dynamics occurring within the sample.

SLIM, like all QPI techniques, relies on the optical path length differences caused by a specimen. By adding custom optics to a standard inverted phase contract microscope, SLIM can extract thickness, dry mass area, density and refractive index maps in real time. This data shows extremely high resolution with differences in path length measurements down below 1 nm. This translates into a high-resolution X-Y and Z map of the cell and organelles without the requirement of staining or genetic modification. 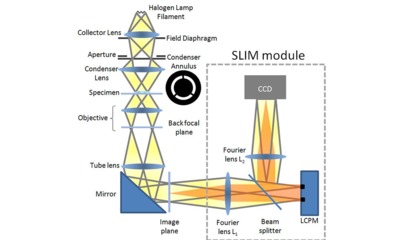 Designed for thick specimens, GLIM represents a variation of the SLIM method and relies on the DIC optics of your inverted microscope. Similarly to SLIM, GLIM capability can be easily added to an existing inverted light microscope.

With optically thick specimens multiple light scattering limits the contrast achievable. By combining multiple intensity images that correspond to controlled phase shifts between the two DIC pathways the incoherent background caused by scattering can be suppressed and a high-resolution quantitative phase map can be extracted from thick specimens. The GLIM system can image specimens over 500 µm thick (depth penetration dependent on optical transparency of specimens) with high resolution and contrast. 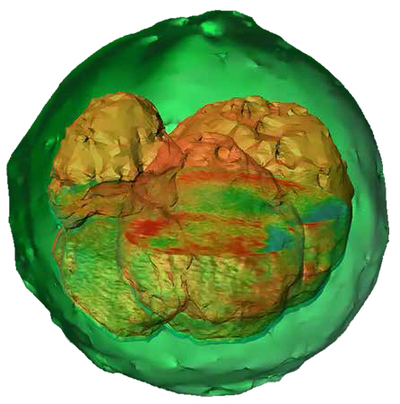 A standalone microscope, the Nanolive 3D Cell Explorer combines holography (QPI) with tomography to provide high resolution X-Y and Z data of cells and organelles. Like all QPI instruments, the optical path differences between an imaging beam and a reference beam are combined to extract refractive index data. By angling the imaging beam at 45°, further tomographic data is generated and the final image is combination holotomographic image of the 3D structure of the cell. 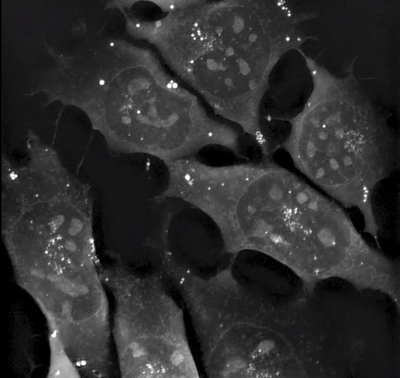 Quantitative phase imaging represents a next stage in imaging that can provide high-resolution data from unstained specimens. Used either in isolation or as a correlative technique, QPI increases your ability to image and understand the intracellular processes and intercellular interactions occurring during development, during disease and in response to drug treatment and increases the pool of tools available to the cell biologist.

AXT is the distributor of Phi Optics (SLIM and GLIM) and Nanolive (3D Cell Explorer) QPI instruments in the Australian and New Zealand markets.