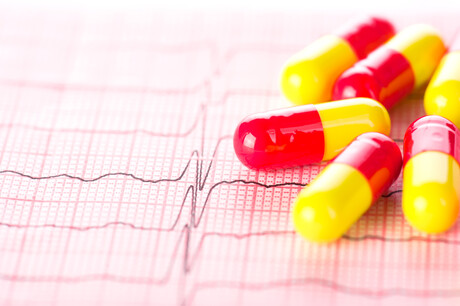 However, for this technology to become widely adopted, the methodology needs to be standardised globally, including addressing bottlenecks both at the pre-analytical stage of sample preparation and within the process itself. Here we take a look at the top four pitfalls to avoid when implementing LC-MS/MS for ISD monitoring.

However, during its evolution from research to clinic, LC-MS/MS has had a lot of limitations to overcome, including specific matrix interferences, high purchase and maintenance costs, the need for trained staff, complex method validation, limited robustness and minimal automation. Given the progress we have seen over the last decade, let’s take a closer look at some of the main bottlenecks in the LC-MS/MS workflow that are particularly relevant to the design of ISD monitoring protocols.

The four most commonly prescribed immunosuppressive medications are: cyclosporine A, tacrolimus, sirolimus (rapamycin) andeverolimus.1 Recent developments, some of which are described below, indicate that LC-MS/MS is now sufficiently standardised for therapeutic drug monitoring (TDM) of the major ISDs that have been studied and can now replace immunoassays, but only if the caveats below are taken into account.1

1. Have you optimised your sample type?

The challenges related to the accurate monitoring of ISDs revolve around sample type and quality, and the relative stability of the drug in question throughout the LC-MS/MS process. Fresh blood is the most common sample type used in ISD analysis, in part because it is the circulating concentration of a specific ISD that is important. However, recent studies using dried blood spots show that they could also be considered as a sample type for monitoring ISDs ahead of LC-MS/MS.2

The use of dried blood spots (DBSs) and other micro sampling approaches could allow patients to prepare their own samples at home and send them to the laboratory. In terms of convenience, this would be a major step forward, since it would also eliminate the need for sample collection by a phlebotomist. A recent study looked at the impact of DBS methods on TDM of the three ISDs: tacrolimus, sirolimus and everolimus. Considering pre-analytical factors, the study found that differences in blood spot volume, degree of homogeneity, drug stability, hematocrit (Hct) effects and drying time were all important.

Tacrolimus is not significantly influenced by these factors. However, sirolimus and everolimus are more prone to heat degradation and exhibited variations in recovery that were dependent on Hct and drying time. Tacrolimus can thus be considered a viable candidate for DBS sampling, but sirolimus or everolimus will require further validation. However, application of 2019 guidelines regarding standardisation of DBS parameter validation for use in TDM should help overcome the current limitations with stability of ISDs and self-sampling.3

What about sample types other than blood?

A recent study demonstrated the validation of an LC–MS/MS method for mycophenolic acid, tacrolimus, sirolimus, everolimus and cyclosporin A for use with oral fluid (OF), as an alternative to blood or plasma.4 The method validation met all the acceptance criteria, with limits of detection (LOD) and quantification (LOQ) of 0.05–1 ng/mL and 0.1–5 ng/mL, respectively. Silanised tubes offered the best recoveries. The method was successfully applied to 31 OF specimens, describing everolimus detection in OF for the first time, and it was concluded that the method is sensitive enough for the detection of OF trough concentrations in patients receiving immunosuppressants when using an appropriate OF collector.

2. Is your sample collection and handling standardised?

Sample handling and storage ahead of LC-MS/MS

In a comprehensive review of the state-of-the-art of TDM for ISDs, it was found that the time taken from sample collection to analysis varied from a couple of hours to one week.5 Many laboratories did not control the temperature during this time, and 15% of the laboratories had no specific procedures for temperature control of samples during transport and storage. A large percentage of laboratories did not reject partially clotting whole blood samples (29%), those collected using an incorrect anticoagulant during sample acquisition (43%) or those that did not meet requirements for a minimal sample volume (53%). Sample preparation was mostly manual (72%). The extraction procedures were often poorly controlled and standardised. It was concluded that validation/verification of methods for ISDs should be performed on samples based on the same matrix and anticoagulant intended to be used in routine services. Whole blood samples were recommended for the TDM of cyclosporine, tacrolimus, sirolimus and everolimus, whereas plasma is preferred for mycophenolic acid. Ethylene-diamine-tetra-acetic acid (EDTA) is the anticoagulant of choice because (i) it minimises problems with clotting and (ii) its use allows for the quantification of multiple immunosuppressive drugs in the sample.

The review goes on to recommend that LC-MS/MS method validation/verification should also include experiments with actual patient samples because they reflect the relevant proportions of free and bound drug, and of parent drug and drug metabolites. Spiked samples can be used to supplement the experiments, but they may not provide an accurate assessment of the performance characteristics and demonstrate the robustness of the method only if used as the sole matrix. Furthermore, the use of fresh patient materials is recommended because frozen samples do not allow for the full testing of the sample pretreatment procedure. Sample pretreatment for analysis of cyclosporine, tacrolimus, sirolimus and everolimus, for example, must be quality controlled to ensure complete hemolysis of fresh whole blood samples, but these quality control procedures will be compromised if hemolysis has already occurred due to the freezing of the whole blood samples after collection.

3. Do you need to push your detection limits?

ISDs are present in such low concentrations that standard LC-MS/MS techniques are sometimes insufficient to attain the required LOQs, or the method becomes too impractical for routine use.6 To this end it is possible to use signal summing, an underutilised, easy-to-apply practice to increase LOQs for immunosuppressant LC-MS/MS methods.

The increase in signal was close to that theoretically expected, with a larger experimental spread for everolimus once more than five transitions were used. There was no clear beneficial effect of summing on imprecision. The adapted everolimus method showed a lower LOQ, but comparable imprecision and recovery as the routine method. It was concluded that quantification levels can indeed be improved by signal summing, such that it could indeed be considered for TDM of immunosuppressants.

4. Is proactive training part of your lab’s DNA?

In the aforementioned state-of-the-art TDM review, it was noted that on average, 65% of the individuals performing immunosuppressant TDM assays in the laboratory had less than one year of experience. Of these, 20% had less than three months’ experience, whether for immunoassays or for LC-MS/MS.5 Also, instead of proactively maintaining an adequate educational and training level, most laboratories (71%) retrained their personnel only ‘after the fact’ — that is, after problems had already occurred. Taken together, the three main reasons for variability of ISD results in TDM were all essentially training-related:

Continuous education and training of TDM laboratory personnel must be an integral part of ensuring a high level of analytical quality. Therefore, the establishment of proactive training programs to maintain an adequate and up-to-date level of knowledge of the LC-MS/MS ISD assays used is strongly recommended for all personnel involved in analysis and reporting, or in interpreting the results. Also, because the clinical effectiveness of TDM (and ISDs in particular) depends to a large extent on timely sample collection and treatment, and correct sample storage and transport, the education program should ideally include the nursing staff and healthcare professionals who are responsible for taking patient samples in the first place, right at the start of the LC-MS/MS workflow.

Taking into account the recent work and reviews on the standardisation and optimisation of LC-MS/MS sample prep and the processes outlined above, you will now be able to think about setting up, optimising or validating your own ISD assays, according to the infrastructure and instrument needs for your specific laboratory.

This article has been republished with permission from http://www.tecan.com/blog.