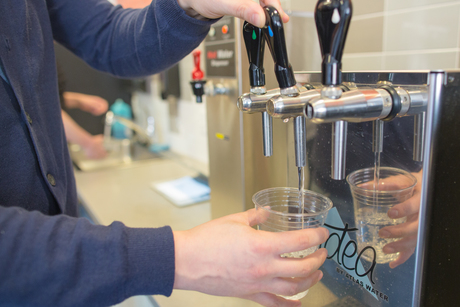 The exposure of fish, wildlife and humans to water contaminated with trace levels of hormones is causing concern globally as awareness grows about the endocrine disruption potential of such exposure. Endocrine disrupting compounds may interfere with the body’s endocrine system and produce adverse developmental, reproductive, neurological and immune effects. The hormones of concern include naturally occurring steroids such as estrone (E1), 17-β-estradiol (E2) and estriol (E3), and synthetically prepared ones such as 17-α-ethynylestradiol (EE2).

The hormones enter the aquatic environment in a variety of ways but primarily through the discharge of treated and untreated sewage water. During wastewater treatment these hormones are susceptible to removal by biodegradation or sorption to sewage sludge, where secondary treatment can consistently reduce concentrations by more than 85%; however, ng/L concentrations of individual compounds may still be present in effluents. Runoff from cattle given some growth promoters and sludge and manure applied to agricultural fields are other sources of hormone contamination.

In North American and European cities, wastewater treatment plant effluent is frequently indirectly re-used as treated water is discharged into rivers which are also a source of drinking water. Consequently, there is the possibility that trace amounts of hormones may penetrate into drinking water even after special treatment processes. Several hormones are routinely monitored by the US EPA in drinking water as part of the Unregulated Contaminant Monitoring Rule (UCMR 3). These include estrone, estriol, 17-β-estradiol, equilin androstenedione, testosterone and 17-α-ethynylestradiol. The European Union has identified a list of priority substances, which includes estradiol and 17-α-ethynylestradiol (Directive 2013/39/EU amending Directives 2000/60/EC and 2008/105/EC).

Both regulations require highly sensitive and selective methods with ng/L or pg/L reporting levels. Previously published methods typically use solid-phase extraction as a concentration step to achieve the regulatory reporting limits; however, this approach adds an additional expense and complexity.

Direct analysis of hormones in water regulated by EPA Method 539 and UCMR 3 is now possible. The integration of a high-volume injection cycle with a highly robust and sensitive MS/MS detection system has resulted in an effective solution for routine hormone analysis in drinking water without the need for extensive sample preparation using conventional SPE methods.

Previously published methods for the analysis of endocrine disruptors have used ammonium hydroxide as the mobile modifier and it is the currently recommended approach in EPA method 539.

In this study, ammonium fluoride was tested at different concentrations (0.1, 0.2, 0.3 and 0.5 mM) in the aqueous phase, with methanol used as the organic phase. Improved response was observed for all hormones using ammonium fluoride, in comparison to ammonium hydroxide, as is shown in Figure 1. The optimum concentration was determined to be 0.15 mM, which is consistent with the results of others. Ammonium fluoride (approx. pH 6) offers further benefits in comparison to ammonium hydroxide (approx. pH 9.5) as the lower pH means that analytical columns, other than those stable at high pH, can be employed.

Methanol was used as the organic solvent, although acetonitrile resulted in a marginal improvement in signal to noise for compounds responding in negative ion; but this advantage was countered by a marked reduction in the positive ion response.

As the panel of target compounds resulted in an optimal response in both positive and negative ion detection, a rapid polarity switching method was used in routine analysis without compromising data quality or response (Figure 2).

Linearity was investigated over an eight-point calibration curve in drinking water, analysed in duplicate, covering two and a half orders of magnitude. Peak area repeatability (n=7) was assessed at low (level 2) and high (level 5) concentrations. The robustness study was performed using drinking water spiked at level 5.

Hormone limits of detection were calculated based on the method described by the EPA Method 539 using a standard deviation of 7 replicates at a concentration value that corresponds to an instrument signal-to-noise ratio in the range of 2.5 to 5 and a Student’s t 99% confidence interval.

In order to test the performance of the developed method, limits of detection, linearity, repeatability (low and high concentrations) and longer term robustness were assessed.

Linearity was assessed from 0.5 x the required reporting level to 100 x times the reporting level. The concentration for each compound in spiked drinking water is listed in Table 1.

Table 1: Concentration of each compound in the calibration series in drinking water.

All seven hormones achieved excellent correlation coefficients R2>0.999 using a weighted (1/C) least squares regression analysis. Hormone limits of detection were calculated based on the method described by the EPA Method 539. Using the developed method on the Shimadzu LCMS-8050, detection limits ranged from 0.0058 ng/L for testosterone to 0.33 ng/L for 17-α-ethynylestradiol.

A fast, selective and highly sensitive method has been developed for the measurement of hormones in drinking water. By integrating a direct high-volume injection cycle with a fully optimised LC/MS/MS method, the LCMS-8050 delivers precise and accurate detection limits regulated by EPA method 539 and is in accordance with UCMR 3.

The LCMS-8050 triple quadrupole mass spectrometer method delivered high sensitivity with detection limits ranging from 0.005 ng/L (testosterone) to 0.330 ng/L (17-α-ethynylestradiol). Correlation coefficients for all compounds were greater than 0.999 and peak area repeatability was determined to be typically less than 5%RSD at ‘low’ (corresponding to the reporting level) and ‘high’ concentrations.

This article is based on ‘Direct Determination of Trace Hormones In Drinking Water By Large Volume Injection Using The LCMS-8050 Triple Quadrupole Mass Spectrometer’ by David R Baker and Neil Loftus, Shimadzu Corporation, Manchester, UK. Read the article at https://shimadzu.com.au/hormones-drinking-water-lcms-8050-triple.