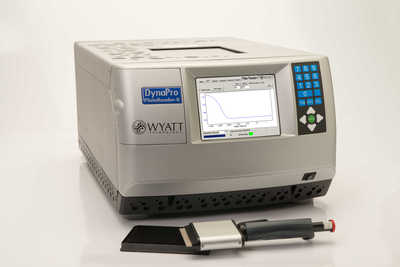 Therapeutic monoclonal antibodies (mAbs) are effective at treating chronic diseases like autoimmune disorders and cancer. Long-term stability is an important attribute of any commercial drug molecule and of great interest in biotherapeutics in particular. Measurements of PPI indicate colloidal stability, correlate closely to stability and viscosity at high protein concentration, and are widely used as stability-indicating parameters (SIPs) in preselecting monoclonal antibody biotherapeutic molecules and formulation conditions before launching the process of long-term stability testing.

Ordinarily, PPI studies require significant quantities of sample and labour. Optimal screening processes of PPI will allow drug developers to identify and concentrate development on the most promising mAbs and formulations, saving time and money while decreasing time to market. The study showcases some novel uses of DLS to rapidly provide substantial information about the stability and viscosity of a formulation.

Traditionally, PPI are quantified by static light scattering (SLS) as the second virial co-efficient (B22), though recently other techniques have come into widespread use. DLS has proven useful in this field as it provides more information regarding SIPs, with less sample, than standard SLS. DLS quantifies PPI via the diffusion interaction parameter (kD), and Neergaard also explored the relative radius method comparing apparent hydrodynamic radii at low and high concentrations. These methods, using kD and relative radius to quantify PPI in a protein solution, make the process of characterisation quicker and simpler than standard methods.

The DynaPro Plate Reader II is capable of running high-throughput, automated HTS-DLS analyses to characterise PPI in standard microwell plates under multiple conditions in a significantly reduced time frame, making DLS a viable option for SIP screening. As an added benefit, DLS measures the viscosity of highly concentrated proteins with the same high throughput and low sample consumption. The onset points of aggregation or melting may be obtained via temperature ramps or chemical denaturing, to assess additional SIPs for conformational stability, making the plate reader suitable for developability and formulation screening.

“Techniques for determining protein stability are still widely debated amongst researchers, and a combination of stability-indicating parameters must be weighed to get a complete picture,” explained Wyatt Technology Director of Marketing and Principal Scientist Dr Daniel Some.

“Optimisation of screening processes to reduce time and resources spent on ensuring long-term viability is a key consideration in the drug development process. The DynaPro Plate Reader II ensures comprehensive testing over a range of conditions in minimal time and eliminates the need for additional laboratory apparatus when screening the stability-indicating parameters of high-concentration protein formulations.”