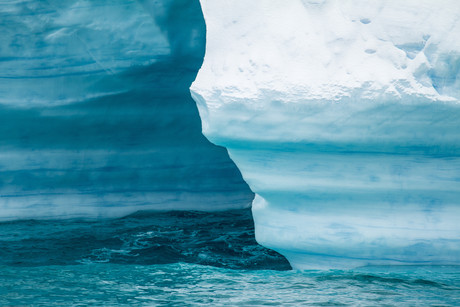 Understanding the long-term changes in the atmospheric composition, as well as the origin of pollutants, is critical to anticipate and mitigate changes in the Earth’s climate.

In 1992 the international community created the Global Climate Observing System (GCOS), sponsored by the World Meteorological Organization (WMO). This program has driven the creation of international expertise networks and analytical laboratories to monitor greenhouse gas emissions and air pollutants such as nitrogen oxides (NOx) affecting the ozone layer.

In addition to the measurement of variations of gas or pollutant concentrations in the air we breathe, understanding the sources and causes of these variations is critical to act and mitigate our impact on the environment. This is where stable isotopes can play an important role.

Stable isotopes are elements that are chemically identical but different in mass, owing to a difference in the number of neutrons. They are naturally occurring and do not decay over time, and their abundance differs with varying conditions.

The unique properties of stable isotopes allow them to be used in a wide variety of applications, such as reconstructing past climate changes or identifying food fraud. They can also be used as tracers which are deliberately added to systems to be studied, such as those used for understanding drug metabolism.

The isotopic ratios of gases, measured as a ‘delta value’ against a standard, are natural barcodes to indicate geographical origin and compound formation. By measuring isotopic ratios of carbon, hydrogen, oxygen, nitrogen and sulfur, it becomes possible to understand the origin of gases and pollutants in the atmosphere with precision.

As an example, by measuring the ratio of carbon-12 and carbon-13 in atmospheric carbon dioxide (CO2), scientists can identify its origin. In particular, carbon released from burning fossil fuels has a lower delta value (-25‰ to -20‰) than the atmospheric, volcanic or oceanic sources (>-10‰). Similarly, anthropogenic methane or NOx emissions from fossil fuel combustion exhibit different delta values compared to natural emissions.

However, measuring changes in the composition of the atmosphere and its causes relies on the establishment of standards to set ‘zeros’, to ensure repeatability and ability to compare measurements around the globe.

A simple way to produce calibration standards could be to manufacture synthetic air, starting with a mixture of nitrogen and oxygen and adding small quantities of the gases monitored. However, despite multiple attempts by laboratories and industrial gas companies worldwide, these mixtures can be unstable due to multiple interactions between gases when mixed together. Moreover, depending on the geographical source of gases, the isotopic ratios are not aligned with the international standards and cannot be used to properly calibrate instruments such as a cavity ring-down spectrometer (CRDS).

The WMO has therefore defined a natural air standard based on collected ‘pure’ air samples. These samples are references for worldwide laboratories but expensive and relatively difficult to obtain due to limited quantities. As a result, many laboratories define their own standards locally but cannot adequately calibrate their instruments and are not able to compare results with other locations.

To aid in this essential research and increase accessibility to this standard, Air Liquide has developed a range of stable isotope ratio gases for atmospheric analysis. The company’s natural air is collected at an altitude above 2300 m, filled in situ, analysed and calibrated in its laboratories to reach the specifications of the natural air reference gas defined by the WMO.

Choosing the best regulator for your application is critical but can be a mine field. The...