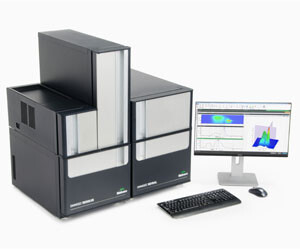 The efficacy of pharmaceutical drugs in tablet form depends significantly on the use of polymeric excipients. Traditionally used as mere bulking agents, excipients used in modern formulations control a range of properties: from drug release profiles and the location and the timing of disintegration, to improving the flow properties of powder blends in tableting. Better application of excipients leads to better performance of the drug, hence the need for more advanced analytics in excipient characterisation.

Gel permeation/size-exclusion chromatography (GPC/SEC) measures molecular weight (MW), MW distribution and structural characteristics by which to define excipient behaviours. Conventional GPC systems typically use a refractive index (RI) detector against a standard for system calibration. The standard contains a polymer mixture of known MW, correlated against the RI traces in the calibration process. However, the calibration plot is accurate only if the intrinsic viscosity of the standards is identical to that of the sample because only polymers of the same MW with identical intrinsic viscosity will elute at the same rate. This is a crucial limitation especially when gathering precise data for the detailed comparison of relatively similar excipients, and when the calibration standards are suboptimal for the polymers of interest.

In contrast, the Malvern OMNISEC GPC/SEC system employs the universal calibration technique to address this limitation. It uses the highly informative triple-detection regime to directly measure MW: a concentration detector (RI or UV-Vis); a choice of multi-angle light-scattering detector (RALS/LALS/MALS); and a self-balancing viscometer enables the measurement of structural features such as branching or conformation.

This multi-detection approach allows precise differentiation of excipient grades, flexibility in solvent choice and highly automated repeatable measurement, for efficient, high-productivity analysis. It can also allow formulators to gather the information needed to fully scope excipient performance and to swiftly specify an optimal excipient for any given drug product.

Peak Scientific's Genius XE SMZ has been designed to provide a long-term gas solution for...

I am interested in Malvern OMNISEC GPC/SEC system for drug product optimisation . 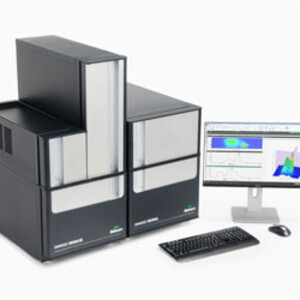