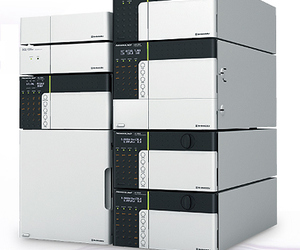 Shimadzu Corporation has further developed its Nexera series of ultrahigh-performance liquid chromatographs with the Nexera X2 - a UHPLC series said to offer higher core performance as well as capabilities that improve analytical efficiency for a wider range of HPLC/UHPLC applications.

Due to its modular design, the product can be easily configured to suit a variety of analytical applications. Equipped with the SPD-M30A and i-PDeA function, the Nexera SR configuration combines high sensitivity and separation power, allowing effective resolution of overlapping peaks. Additional models include the Nexera Quaternary four-solvent gradient system, which makes it easy to transfer methods from general HPLC systems; the Nexera MP, a front-end UHPLC for all LC/MS platforms, suitable for high-throughput analysis of large sample numbers; and the Nexera Method Scouting configuration, an automated method development system that allows comprehensive method scouting using 96 combinations of mobile phases and columns.

Nexera X2 pumps include high performance and flexibility for UHPL and HPLC applications in a single unit. The ability to reconfigure the pump between HPGE and LPGE modes of operation means the user doesn’t have to buy another complete pumping system just to change the gradient mode. The pressure (up to 19,000 psi) and flow rate range (up to 10 mL/min) means this same pump is suitable for UHPLC, HPLC and even micro-LC applications.

I am interested in Shimadzu Nexera X2 UHPLC series . 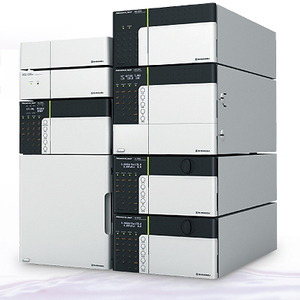 Comprehensive Cold Supply Chain management at your fingertips with Americold

Skills management and development re-invented for the plant floor