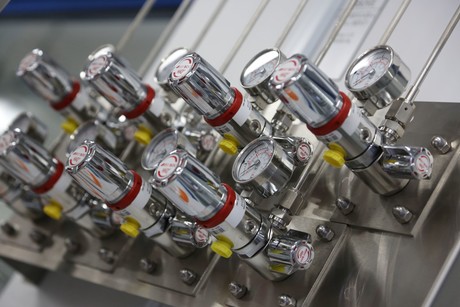 Australia’s manufacturing industry has had a big vote of confidence from the global gases and engineering company The Linde Group with a $35 million investment at its manufacturing site in Western Sydney.

The new specialty gases facility will increase BOC’s capacity to locally produce and supply over 8000 high-purity and specialty gases to many high-value industries in Australia — from science and medical research, to manufacturing and energy exports, said John Evans, BOC South Pacific Managing Director.

The upgrade will allow BOC to displace imported products and service the Australian as well as the Asia–Pacific market via its Sydney facility.

“With leading-edge laboratory technology and a highly experienced team of chemists, the new facility offers the best in quality, precision and safety — allowing BOC to supply many scientific and calibration gases in almost half the time and at higher packaging pressures.

“BOC is proud to be expanding our specialty gases capability to meet future demand for high-precision gas mixtures and support Australia’s vibrant research and knowledge-based economy as it continues to grow.

Embracing the era of automation, BOC also revealed a robot cylinder automation system that has transformed the way cylinders are sorted, picked and moved around the busy production site. The system, according to BOC, is a world-first application of a six-axis robot combined with four turntables that can see, pick up and handle cylinders.

Manufacturing has gone through a significant period chance and BOC, like many other companies, has had to change “what we do and how we do it”, said Evans.

“The launch of this cylinder automation system is a landmark moment for BOC, driving a competitive advantage and representing a significant safety investment for the Sydney Operations Centre, which produces more than 1.3 million cylinders each year. 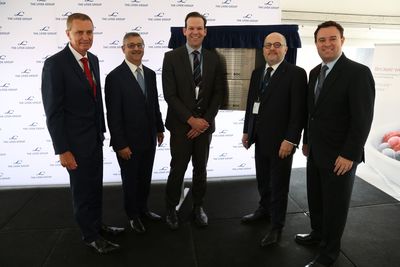 Professor Dr Aldo Belloni, Chief Executive Officer, The Linde Group, said, “Innovation is in our DNA. The Linde Group pride ourselves on being the world leaders in innovation in the gases industry, and BOC in Australia is leading the new era of automation. With the addition of the new world-class special gases facility, the Sydney Operations Centre is not only one of the busiest production sites within the Linde Group but is now at the forefront of integration and automation in production globally.”

“With increased capacity and efficient production technology, BOC’s new specialty gases facility is strongly positioned to export Australian-made product to Asia’s emerging electronics, manufacturing and medical markets. This will be particularly important as demand for specialty gases in the Asia–Pacific region is expected to grow significantly over the next five years,” said Sanjiv Lamba, Member of the Executive Board, Linde AG, and Chief Operating Officer for Asia Pacific.