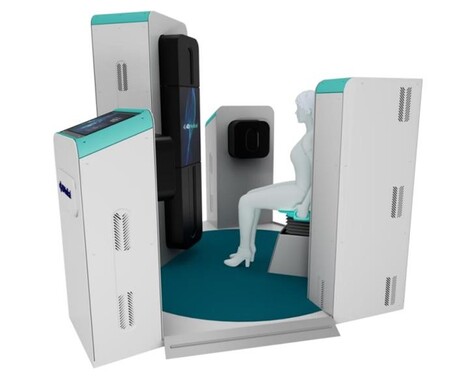 Medical technology company 4DMedical has unveiled its XV Scanner — claimed to be the world’s first dedicated lung scanner — at the Prince of Wales Hospital in Sydney, where the Australian-developed technology has been installed in the Research Imaging NSW facility.

The scanner integrates 4DMedical’s XV Technology, designed to enable physicians to understand regional airflow in the lungs and identify respiratory deficiencies earlier and with greater sensitivity as they breathe. The technology exposes the patient to lower levels of radiation relative to other diagnostic methods and without the need for contrast agents, which is useful when disease progression and therapeutic effectiveness need to be regularly monitored.

4DMedical has now combined its XV Technology with purpose-built hardware to create the XV Scanner, which provides detailed quantitative data on respiratory function via an automated scanning process. Providing doctors and patients with a highly visual insight into lung function, it enables detailed maps of pulmonary function to be created from a scan that is captured in less than 10 seconds and delivers less radiation than a single chest X-ray.

The XV Scanner is said to represent a significant step forward in lung diagnostics, with the ability to detect disease earlier and to more accurately monitor chronic respiratory conditions. It should thus bring new hope and help for people living with lung conditions such as chronic obstructive pulmonary disease, cystic fibrosis and asthma.

The Australian Government provided $28.9 million through the Medical Research Future Fund (MRFF) to develop and commercialise the scanner. Its placement at the Prince of Wales Hospital means 4DMedical has designed, built and deployed the first XV Scanner in an Australian hospital within 12 months of MRFF funding, with all engineering research and development completed in-house and within budget. The scanner will be used by researchers and clinicians from UNSW and the Sydney Children’s Hospital, including eminent lung health expert Professor Adam Jaffe.

4DMedical CEO Dr Andreas Fouras described the scanner’s development as a “transformative moment in lung health history” — one that would not have been possible without the MRFF investment. He said the company is now working with leading medical researchers to progress a series of clinical trials that will take the XV Scanner towards regulatory clearance by late 2023.