How a single fingerprint can indicate cocaine ingestion 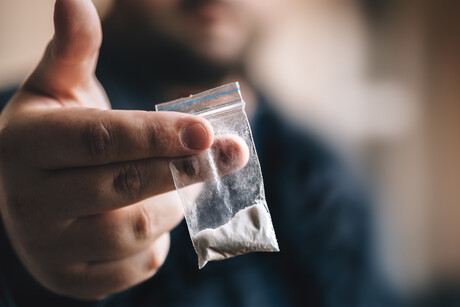 Researchers at the University of Surrey, in collaboration with the UK’s National Centre of Excellence in Mass Spectrometry Imaging and ion beam technology company Ionoptika, have been able to identify the differences between the fingerprints of people who touched cocaine compared with those who have ingested the drug — even if the hands are not washed. Published in the journal Analyst, the findings indicate that a single fingerprint left at a crime scene could be used to determine whether someone has touched or ingested class A drugs.

In 2020, Surrey researchers were able to use bulk mass spectrometry analysis to determine the difference between touch and ingestion of drugs, but only if someone had washed their hands prior to giving a sample. Now the researchers have used three mass spectrometry imaging approaches — desorption electrospray ionisation (DESI), matrix-assisted laser desorption ionisation (MALDI) and time-of-flight secondary ion mass spectrometry (ToF-SIMS) — to visualise fingerprints at different pixel sizes, ranging from the whole fingerprint down to the pore structure. They also applied water cluster SIMS to a fingerprint sample, which was capable of detecting excreted drug metabolites in fingerprints while providing spatial resolution sufficient to resolve individual pore structure.

The researchers showed that, after administration of cocaine, lipids and salts in the fingerprint ridges spatially correlate with the cocaine metabolite known as benzoylecgonine — a molecule produced in the body when cocaine is ingested. Thus, by analysing the images of cocaine and its metabolite in a fingerprint, and exploring the relationship between these molecules and the fingerprint ridges, it was possible to tell the difference between a person who has ingested a drug and someone who has only touched it.

“To image these metabolites excreted through the skin requires very powerful analytical tools such as the unique water cluster source that Ionoptika has been developing for over a decade,” said Dr Allen Bellew, Applications & Marketing Manager at Ionoptika. “It’s clear that this new technique will be important for forensic science in the future, and as a small business in the UK it’s very exciting to see the role that our J105 SIMS instrument has played in its development.”

“Over the decades, fingerprinting technology has provided forensics with a great deal of information about gender and medication,” added Dr Melanie Bailey, Reader in Forensic and Analytical Science and EPSRC Fellow at the University of Surrey. “Now these new findings will inform forensics further when it comes to determining the use of class A drugs.

“In forensic science, being able to understand more about the circumstances under which a fingerprint was deposited at a crime scene is important. This gives us the opportunity to reconstruct more detailed information from crime scenes in the future. The new research demonstrates that this is possible for the first time using high-resolution mass spectrometry techniques.”