Microscopic samples made to glow in the dark 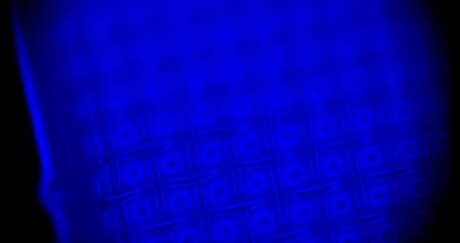 Curtin University researchers have discovered a way to more accurately analyse microscopic samples by essentially making them ‘glow in the dark’, through the use of chemically luminescent molecules. Their work has been described in the journal Cell Reports Physical Science.

Lead researcher Dr Yan Vogel noted that current methods of microscopic imaging rely on fluorescence, which means a light needs to be shining on the sample while it is being analysed. While this method is effective, it also has some drawbacks.

“Most biological cells and chemicals generally do not like exposure to light because it can destroy things — similar to how certain plastics lose their colours after prolonged sun exposure or how our skin can get sunburnt,” Dr Vogel said.

“The light that shines on the samples is often too damaging for the living specimens and can be too invasive, interfering with the biochemical process and potentially limiting the study and scientists’ understanding of the living organisms.

“Noting this, we set out to find a different way to analyse samples, to see if the process could successfully be completed without using any external lights shining on the sample.”

The research team successfully found a way to use chemical stimuli to essentially make user-selected areas of the samples glow in the dark, allowing them to be analysed without adding any potentially damaging external light — a considerably breakthrough given that, up until now, exciting a dye with chemical stimuli rather than high-energy light was not technically viable.

“There are few tools available that allow scientists to trigger transient chemical changes at a specific microscopic site. Of the tools that are available, such as photoacids and photolabile protecting groups, direct light input or physical probes are needed to activate them, which are intrusive to the specimen.

“Our new method, however, only uses external light shining on the back of an electrode to generate localised and microscopic oxidative hotspots on the opposite side of the electrode.

“Basically, the light shines on an opaque substrate, while the other side of the sample in contact with the specimen does not have any exposure to the external light at all. The brief light exposure activates the chemicals and makes the sample glow in the dark.

“This ultimately addresses two of the major drawbacks of the fluorescence method — namely the interference of the light potentially overexciting the samples and the risk of damaging light-sensitive specimens.”

Fast, on-site detection of PFAS in the environment

Curtin University researchers have developed a new on-site method to immediately and accurately...

A prototype medical imaging device can produce images down to resolutions of 1 to 2 µm...