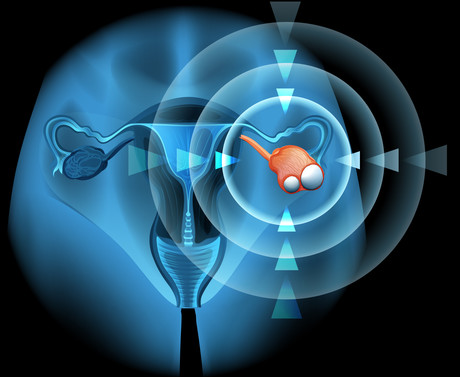 Ovarian cancer is the sixth most common cancer in women, and it is a particularly deadly cancer. The five-year survival rate is only 35 to 40% — considerably lower than the survival rates for breast cancer (87%), endometrial cancer (79%) and cervical cancer (67%).

Today, ovarian cancer is diagnosed with a blood test and a CT scan. The blood test looks for CA125, a substance indicating the possible presence of cancer, while the CT scan helps to create a picture of the tumour. This information provides some insight into the severity of the cancer but does not provide detailed insight into which treatment is best for each individual patient.

New research using artificial intelligence (AI) has the potential to improve the way medical professionals treat the disease. Researchers have developed machine learning software called TEXLab, which forecasts the survival rates and response to various treatments for each individual patient.

According to PharmaTimes, “The software, created by researchers at Imperial College London and the University of Melbourne, has been able to predict the prognosis of patients with ovarian cancer more accurately than current methods, and can also predict what treatment would be most effective for patients following diagnosis.”

“Long-term survival rate for patients with advanced ovarian cancer is poor despite advancements in treatments. There is an urgent need for new ways,” said Eric Aboagye, PhD, professor at Imperial College London.

Aboagye led a team of researchers at Imperial College London and the University of Melbourne that developed a machine-learning algorithm to create more targeted treatment plans and more accurately predict the prognosis of patients diagnosed with ovarian cancer. Their work was recently published in Nature Communications.

“Our technology is able to give clinicians more detailed and accurate information on how patients are likely to respond to different treatments, which could enable them to make better and more targeted treatment decisions,” Aboagye said.

TEXLab examined four characteristics of the tumour — the structure, shape, size and genetic make-up — to assess the patients’ prognosis and each patient received a score known as Radiomic Prognostic Vector (RPV) to indicate the severity of the disease, ranging from mild to severe. The team used image processing techniques, including wavelet decompositions, to analyse the CT images. All algorithms were implemented in MATLAB.

The researchers compared the results with blood tests and current prognostic scores used by doctors to estimate survival. They found that the software was up to four times more accurate for predicting deaths from ovarian cancer than standard methods.

Future studies are planned to research how accurately the software can predict surgical outcomes, and how individual patients will respond to treatments. The use of artificial intelligence to improve patients’ prognosis and treatment plans is a huge step forward in non-invasive cancer treatment.

For many years, researchers knew that rodents' squeaks told a lot about how the animals are...

How cloud computing is transforming the life sciences

While striving to remain on the cutting edge of scientific discovery, researchers need more agile...