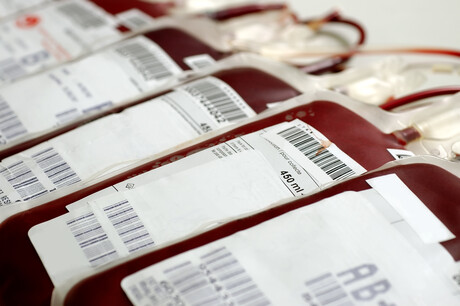 Launceston General Hospital is believed to be the first laboratory to support the new ISBT 128 blood labelling standard with a digital interface to the National Blood Authority’s (NBA) BloodNet online ordering and inventory management system, thanks to its use of the InterSystems TrakCare unified healthcare information system.

All Australian clinical laboratories are expected to adopt ISBT 128 — which replaces a local Codabar standard — over the next few years. The internationally recognised ISBT 128 standard improves blood component traceability for the safety of both patients and donors.

A number of clinical laboratories and their technology suppliers have interfaced laboratory information systems to BloodNet and received accreditation from the NBA, and a number of laboratories have adopted ISBT 128. Launceston General Hospital, with the support of InterSystems, has become the first to adopt ISBT 128 with a BloodNet interface, allowing it to maximise both safety and efficiency benefits. This follows collaboration between InterSystems and its Australian customers using the unified laboratory module within TrakCare to understand their requirements, which enabled InterSystems to configure streamlined workflows in TrakCare Lab to support both ISBT 128 and BloodNet.

Launceston General Hospital’s laboratory has achieved time savings of around 75%, with streamlined processes for recording blood products on arrival (receipting) and recording the final use, transfer or disposal of each unit of blood (fating).

“Our inventory management around receipting and fating units probably takes us about 25% of the time it used to,” said Michael Morse, Scientist in Charge, Haematology and Blood Transfusion for the Northern Tasmanian Pathology Service (NTPS). “For a laboratory with an ever-increasing workload, that is a huge time saving.”

“The mood has lifted among staff,” added Gerald Bates, Laboratory Manager for NTPS. “Previously, bags of blood would come in and trigger a manual, laborious task involving double handling and data entry. The digital interface and new workflows have made an enormous difference.”

Patients also benefit, said Bates, who explained, “It improves safety because it takes the decoding of barcodes out of people’s hands. There is always a chance of errors when there are multiple laborious tasks involved. This is a much simpler system where the receipt of the correct product is validated.”

“The NBA welcomes this, the first integration with BloodNet to also include ISBT128,” said Elizabeth Quinn, NBA Deputy Chief Executive, Fresh Blood Products and Business Systems. “This will benefit Launceston General Hospital and the NBA through data integration and near-real-time processing.”

The move paves the way for other InterSystems laboratory customers to gain similar benefits. Darren Jones, Regional Director, Customer Relations at InterSystems, stated, “Because both ISBT 128 and BloodNet involve workflow changes, we advise customers to implement both at once to minimise change management and maximise benefits. Thanks to the work of Launceston General Hospital, they can look forward to a straightforward implementation.”

Morse cited the support provided by InterSystems as a contributor to the project’s success, saying, “When we had an issue on day one, within half an hour of sending an email to InterSystems we had six or seven people working to fix it. You cannot put a dollar value on that. It is a real credit to the team and it was invaluable to us.”

Launceston General Hospital also expects to achieve further benefits in future with BloodNet support for intravenous immunoglobulin (IVIg) products. According to Morse, “If we can exchange data about IVIg, which is another area of manual processing, we would make an equally massive time saving.”

The Axon Digidata 1550B plus HumSilencer, from Molecular Devices, is an analog-to-digital signal...

Bitplane has released Imaris 9.9, the latest version of its microscopy image analysis software,...