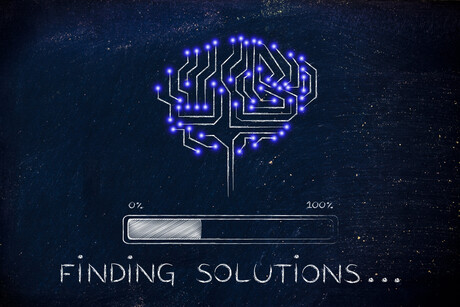 Researchers at Sandia National Laboratories have successfully used machine learning — computer algorithms that improve themselves by learning patterns in data — to complete cumbersome materials science calculations more than 40,000 times faster than normal. Their results, published in the journal npj Computational Materials, could herald a dramatic acceleration in the creation of new technologies for optics, aerospace, energy storage and potentially medicine, while simultaneously saving laboratories money on computing costs.

“We’re shortening the design cycle,” said computational materials scientist David Montes de Oca Zapiain, who helped lead the research. “The design of components grossly outpaces the design of the materials you need to build them. We want to change that. Once you design a component, we’d like to be able to design a compatible material for that component without needing to wait for years, as it happens with the current process.”

The researchers used machine learning to accelerate a computer simulation that predicts how changing a design or fabrication process, such as tweaking the amounts of metals in an alloy, will affect a material. A project might require thousands of simulations, which can take weeks, months or even years to run.

The team clocked a single, unaided simulation on a high-performance computing cluster with 128 processing cores (a typical home computer has two to six processing cores) at 12 minutes. With machine learning, the same simulation took 60 milliseconds using only 36 cores — equivalent to 42,000 times faster on equal computers. This means researchers can now learn in under 15 minutes what would normally take a year.

The new algorithm arrived at an answer that was 5% different from the standard simulation’s result — a very accurate prediction for the team’s purposes. Machine learning trades some accuracy for speed because it makes approximations to shortcut calculations.

“Our machine-learning framework achieves essentially the same accuracy as the high-fidelity model but at a fraction of the computational cost,” said materials scientist Rémi Dingreville, who also worked on the project.

The scientists are going to use their algorithm first to research ultrathin optical technologies for next-generation monitors and screens. Their research could, however, prove widely useful because the simulation they accelerated describes a common event — the change, or evolution, of a material’s microscopic building blocks over time.

Machine learning previously has been used to shortcut simulations that calculate how interactions between atoms and molecules change over time. The published results demonstrate the first use of machine learning to accelerate simulations of materials at relatively large, microscopic scales, which the team expects will be of greater practical value to scientists and engineers.

For instance, scientists can now quickly simulate how miniscule droplets of melted metal will glob together when they cool and solidify, or how a mixture will separate into layers of its constituent parts when it melts. Many other natural phenomena, including the formation of proteins, follow similar patterns. And while the team have not tested the machine-learning algorithm on simulations of proteins, they are interested in exploring the possibility in the future.