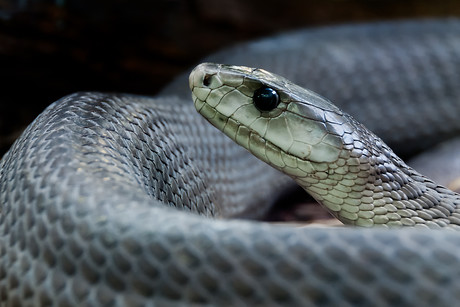 UK biotechnology company IONTAS, a leader in the discovery and optimisation of fully human antibodies, has announced the development of a panel of human antibodies that neutralise elements of black mamba snake toxin in an in vivo model.

Around 2 million people fall victim to snakebite envenoming every year, leading to more than 100,000 deaths and approximately 400,000 cases of severe sequalae, such as amputation. Impoverished victims living in snake-infested areas of the tropics are particularly at risk, and many bites are left untreated due to the unavailability of safe and effective antivenoms. Due to its high disease burden, snakebite envenoming was last year introduced to the World Health Organization’s list of neglected tropical diseases.

“Snake envenomation is a particular burden among the world’s poorest people and the approach to treatment, based on poorly defined animal serum, has not changed in decades,” said Dr John McCafferty, founder and CEO of IONTAS. “IONTAS were motivated to contribute our resources and experience in recombinant antibody technology towards this initial proof-of-concept study.”

Working with researchers from the Technical University of Denmark (DTU) and the Instituto Clodomiro Picado of the University of Costa Rica, IONTAS undertook research identifying key components, including dendrotoxins, in the black mamba’s venom which contribute to venom toxicity. Human antibodies were generated for these dendrotoxins using IONTAS Phage Display Technology and cocktails of IgG-formatted human antibodies were subsequently shown to protect mice from dendrotoxin-mediated neurotoxicity in vivo, with the results published in the journal Nature Communications.

“Current antivenoms are based on plasma-derived animal antibodies, which are effective in neutralising venom toxicity but are also associated with serious adverse reactions, such as serum sickness, due to their non-human origin,” said Associate Professor Andreas Hougaard Laustsen from DTU.

“It is rewarding to see that classic techniques in toxinology and state-of-the-art methodologies of recombinant DNA could be successfully combined to demonstrate clear therapeutic potential,” said Professor José María Gutiérrez from the Instituto Clodomiro Picado. “This recombinant antibody approach opens the door to the development of novel tools in the treatment of snakebites.”

The discovered antibodies could be used in an industrial setting for large-scale production in huge fermentation tanks, similar to insulin production today. But Assoc Prof Hougaard Laustsen said it will still take years before production of antivenom based on human antibodies is ready to go outside the laboratory.

“We have shown that it is possible to produce an experimental human-based antivenom against important toxins from one snake species, the black mamba,” he said. “Before clinical testing of the antivenom on humans will make sense, it is relevant to develop more antibodies for the antivenom to give it a broader spectrum against several types of snake venom.”

The researchers are therefore working to develop an antivenom against several species of snakes. If the research is successful, doctors will be able to use the antivenom in the many cases of snakebite where the perpetrating snake species is unknown. This would potentially save many lives, not only in Africa but all over the world.

“We hope that this report will help encourage funders to support the scientific community and advance the treatment of snakebites using modern antibody engineering methods,” concluded Dr McCafferty. “Although many challenges remain in the development of safe, efficacious and cost-effective drug cocktails, it is an achievable goal with the ultimate reward of seeing science help improve human lives.”

Researchers have narrowed down the malaria proteins and disease-fighting antibodies that could be...

Tips for choosing the right gloves

Single-use gloves, though disposable in nature, perform an important role in providing barrier...