Australian-made rover set to head to the Moon 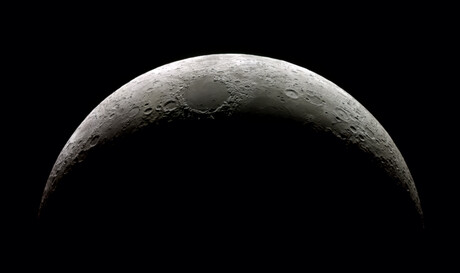 The Australian Government’s Trailblazer program officially opened this week, offering up to $50 million for a consortium of businesses and researchers to develop and build a small rover that will head to the Moon with NASA as early as 2026.

The semi-autonomous rover will collect lunar soil and deliver it to NASA equipment, which will attempt to extract oxygen. This is a key step towards establishing a sustainable human presence on the Moon, as well as supporting future missions to Mars.

Minister for Science and Technology Melissa Price said the program — which is part of the federal government’s plan to grow the space sector and create local jobs — is an exceptional opportunity for Australian industry to deliver on a grand scale, stating, “The Australian space sector is going from strength to strength and this investment from the Morrison government is going to rocket it even further ahead.

“Through this program Australian businesses will get to work closely with NASA, which will bring them into the focus of global space players.

“Excitingly, this program will deliver right along the supply chain — from the scientific minds that will come up with the design of the rover to the manufacturers which will make it come to life.

“That’s why we invest in space — not only does the technology that’s developed improve our everyday life, but it drives growth across a range of industries and creates jobs for Australians across a range of skillsets.”

This national mission sits alongside other commercial efforts from Australian organisations to develop and send technology to the Moon, in a sign of the growing depth of the Australian space sector. The Head of the Australian Space Agency, Enrico Palermo, said this mission will build on that momentum in the sector.

“This is an incredible opportunity for Australian organisations to demonstrate their capability on the global stage, which will push them to grow and create fantastic new career opportunities for Australians,” Palermo said.

“The opportunities that building and operating this rover will present to those involved will extend well beyond just this mission — it will set them up to seriously compete internationally well into the future.”

Stage one of the Trailblazer program will see up to two consortia receive up to $4 million to develop a rover to go through to Preliminary Design Review. Based on that review, a single consortium will be chosen to further develop their rover through to launch and operation on the Moon.

The Trailblazer program is part of the Australian Government’s $150 million Moon to Mars Initiative. The government has invested more than $800 million into the civil space sector since July 2018, as part of the goal to triple the sector’s size to $12 billion and create up to an extra 20,000 jobs by 2030.

Applications for the Trailblazer program will close on 28 February 2022. More information, including the detailed guidelines, is available at https://business.gov.au/grants-and-programs/moon-to-mars-trailblazer.

The prizes honour excellence across the areas of research and innovation, leadership, science...