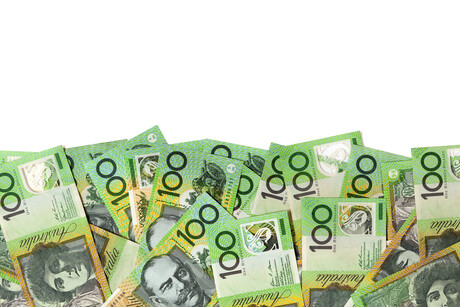 The Australian Government has announced more than $475 million in its 2021–22 Budget to drive industry growth and scientific development, with the aim of helping to create sustainable jobs for Australian workers.

Minister for Industry, Science and Technology Christian Porter said the latest funding is part of the government’s ongoing efforts to secure Australia’s future as a globally recognised, high-quality, sustainable and innovative manufacturing nation. The funding also builds on the $1.5 billion Modern Manufacturing Strategy announced in the October 2020–21 Budget.

“We have a clear vision to harness science and technology to expand existing industries and develop new ones, creating long-term and sustainable jobs,” the Minister said.

The new funding includes $117.8 million over the next four years to deliver Australia’s first Artificial Intelligence (AI) Action Plan, as part of the government’s Digital Economy Strategy. The plan will support business to adopt AI and the development of world-leading AI projects, along with the associated high-skilled jobs these projects create.

As previously announced, the government is making a major investment in the Square Kilometre Array (SKA) radio telescope with funding of $387.2 million over the next 10 years, creating more than 350 jobs during the 10-year construction phase and a further 230 ongoing positions over the 50-year life of the project. There will also be $13.3 million over four years to increase the capacity of the Australian Space Agency to deliver regulatory services and support the growth of the industry.

Other measures announced in the 2021–22 Budget, to support industry growth and innovation and further develop Australia’s science and technology capabilities, include:

The Australian Academy of Science said the 2021–22 Budget contains mixed news for science, with no significant new funding for fundamental discovery science and no initiatives to stem the loss of university science jobs. Indeed, while last year the government provided a one-off payment to universities through the Research Support Program to help assist with the downturn in international student revenue, funding levels have now returned to their previous levels.

Academy President John Shine said the Academy does, however, welcome the commitment to develop an Australian mRNA manufacturing capability to fight COVID-19, the flu and future pandemics, which should help Australia to build resilience to future pandemics and potential biosecurity threats that require the onshore capacity to mass-produce vaccines.

The Academy is also pleased the government has honoured its commitment to the realisation of a full SKA observatory, and welcomes measures including the women in STEM scholarships; the patent box initiative; medical research funding and the introduction of mitochondrial donation; as well as the following:

The Association of Australian Medical Research Institutes (AAMRI) meanwhile claimed there were few surprises in the Budget for medical research, with significant announcements having already been made earlier in the year — though the association acknowledged one-off funding announcements including for mitochondrial donation into research settings; clinical trials; lung cancer research; the National Cancer Screening Register; women in STEM initiatives; and coordinating Australia’s global science diplomacy efforts.

AAMRI noted that the Medical Research Future Fund (MRFF) reached its target $20 billion capitalisation in 2020–21 and that investment returns from the fund will now be used to fund around $650 million of medical research each year. With the global economic downturn caused by the COVID-19 pandemic resulting in lower-than-anticipated returns from investments made by the MRFF, a funding shortfall has emerged which the government has filled by providing an additional one-off investment of $172.5 million.

There were also no changes made to funding provided to the National Health and Medical Research Council (NHMRC) and Australian Research Council (ARC), with only a small funding indexation applied, AAMRI noted.

Assoc Prof Brownlie said the patent box tax break should serve as a good incentive for medial and biotech companies, and welcomes the commitment to consult on extending such tax breaks to clean energy. He also said the Budget expands opportunities to deploy Australian science and technology as “powerful assets of global diplomacy”.

STA Chief Executive Officer Misha Schubert added that the new women in STEM scholarships should pave the way for more women and girls to study science and technology, while the $1.7 billion to expand childcare subsidies will be “welcome help for working parents everywhere — including in STEM”.

“We also welcome the commitment to develop an onshore manufacturing capability for mRNA vaccines here in Australia, which will need future funding,” Schubert said.