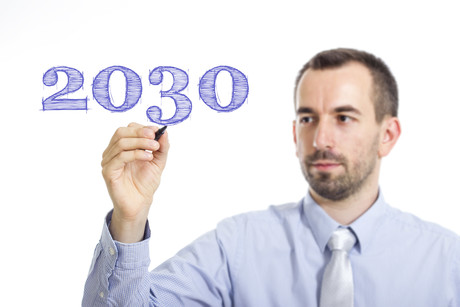 Upon its establishment in late 2016, Innovation and Science Australia (ISA) was tasked by the Australian Government to develop a strategic plan for the Australian innovation, science and research system out to 2030.

Now, following an extensive consultation process, that plan has finally been made public.

‘Australia 2030: Prosperity through Innovation’ (the 2030 Plan) was launched on 30 January by ISA Chair Bill Ferris AC, alongside Minister for Jobs and Innovation Michaelia Cash. The plan is focused on continuing national prosperity driven by innovation, according to Ferris, and founded on the urgent need for an acceleration in the development and commercialisation of Australian ideas and inventiveness.

The plan seeks to challenge Australians and their governments to be bolder in using innovation to unlock economic and social opportunity for the future, making 30 recommendations framed in the context of five strategic imperatives:

National Missions are recommended by ISA as part of several initiatives, such as the integration of genomics and precision medicine capabilities into the Australian health system. The plan also calls for a feasibility study into using a National Mission to address coral bleaching challenges faced by the Great Barrier Reef. The Australian Government recently announced funding for this phase of the project.

“The mission would pursue innovative adaptation and reef restoration technologies in order to optimise the chances for survival of the reef beyond 2030,” said Ferris.

“Our vision is by 2030 Australia will have many more examples of high-growth firms exporting innovative goods and services to markets around the world,” Ferris said.

“To do this Australian business’s investment in research and development needs to increase, which for policymakers means ensuring that government support programs are delivering the best bang for their buck.

“In order for Australian businesses to seriously compete with the best international firms, they need access to the best and brightest talent — from both domestic and global talent pools.

“This makes a world-class education system and a confident, outward-looking immigration policy a must for our innovation system.”

Dr Alan Finkel AO, Australia’s Chief Scientist and ISA Deputy Chair, emphasised the importance of education and research in the 2030 Plan, noting, “We need a relentless focus on raising the bar across the entire education system, combined with investment in our national research assets, to profit from the global knowledge economy.”

The plan has been widely accepted by Australia’s science industry, with Science & Technology Australia (STA) claiming it represents an important step towards making Australia a clever country again. And with science and mathematics results in schools falling nationally and no current long-term investment strategy for Australian science and technology, STA President Professor Emma Johnston said the strategy couldn’t come at a better time.

“The Australia 2030 plan lays out a proactive and optimistic approach to creating a strong innovation culture and inspiring the nation to strive for bold national missions,” said Professor Johnston, who urges the government to act on the plan’s recommendations as soon as possible.

“It’s visionary and exciting, and supports many of the principles STA has been advocating for over many years.

“We applaud recommendations that aim to increase the quality, value and volume of Australian research and development funded by industry, and we welcome recommendations which focus on enhancing the national culture of innovation.”

Professor Johnston was particularly pleased that the plan integrated STA’s own submission to ISA — most notably prioritising and supporting a diverse STEM workforce; investing in building public understanding of and confidence in science; and empowering Australian researchers to be at the forefront of new data technologies.

“We highlighted the need to embrace a diverse and inclusive STEM workforce and to bring the Australian public along for the ride. It’s important the community plays a part in focusing the efforts of Australia’s brightest minds,” Professor Johnston said.

However, she said STA was disappointed with the lack of emphasis on curiosity-led (or ‘blue sky’) research, which she claimed is “absolutely vital to any plan to build an innovation culture”.

“We can’t build a stronger economy without growing our support for basic research,” Professor Johnston said. “Without the basic science, translation and commercialisation of science and technology simply cannot occur. We urge Innovation and Science Australia — and the government — to embed strong support for this important foundational work as we work towards building an innovation nation.”

The Australian Academy of Science said the plan correctly identifies the importance of taking a strategic approach to developing a national STEM capability and makes a number of constructive recommendations, including strengthening training for pre- and in-service teachers; better preparing students for post-school STEM occupations; and lifting student outcomes in literacy and numeracy (which should include the STEM disciplines).

“Such arrangements are likely to be crucial for research funding over the coming decade, with the 2030 Plan projecting government spending on R&D rising to almost 0.7% of GDP out to 2030, with business R&D spending rising from 1% of GDP to 1.7% of GDP over the same period,” Professor Holmes said.

“It is imperative that Australia does better in translating research discoveries into commercial products and services. However, this priority cannot be achieved without building our national capability in basic research to underpin the translation process.”

The academy also welcomes the proposal for National Missions — in particular, the genomic medicine project, which the academy recommended in its submission to the 2030 Plan. The academy is also calling for a National Mission on Brain Health, emphasising research and outcomes in neuroscience and neurotechnology.

Australian Industry Group (Ai Group) Chief Executive Innes Willox has meanwhile released his own statement, claiming that the goals set in the strategic plan “contain much good sense”. Ai Group particularly supports the plan’s placement of education as the first imperative, according to Willox, who stated that “the capabilities developed through all education sectors provide the base for any innovative activity”.

“Robust STEM skills have long been argued by Ai Group as increasingly central to the future workplace,” Willox said. “We support the STEM recommendation for action around teacher professional development and the preparation of students for STEM careers. Adding closer industry–education collaboration to that ambition will add value to each of these recommendations.”

Willox also welcomes the recommendation to review the VET system, stating that this review “must ensure the sector develops people with higher order STEM skills and enterprise skills for the digital economy”.

“This sector is potentially a rich initiator, with industry, of research activity, thereby adding to Australia’s innovation base,” he said.

Willox is less certain about the R&D recommendations, claiming “these will need careful design and extensive consultation with industry and others, particularly the proposed ‘trigger’ and collaboration premium in the Research and Development Tax Incentive”.

“While the latest proposed changes are considerably improved from proposals in the previous review, we need to ensure the scheme remains robust and accessible to innovative Australian businesses of all sizes,” he said.

Willox said the government now needs to consider how to implement the plan, suggesting further consultation on elements such as the R&D recommendations and the immediate adoption of others — such as the proposed commitment that total government support for science, innovation and research does not fall below its medium-term average of 0.63% of GDP.

“Lifting Australia’s innovation performance to 2030 will take sustained attention and investment from all of us, particularly successive national governments,” Willox concluded. “Innovation and Science Australia can play a valuable role in keeping our feet to the fire.”

Speaking on behalf of the government, Senator Cash said she and her colleagues will carefully consider ISA’s recommendations and how it can build on existing measures, including those implemented under the National Innovation and Science Agenda. She said the government can and should play a leading role in creating an Australian innovation culture — hence the creation of NISA in the first place — and has already moved to action some of the plan’s recommendations.

As for Ferris, he hopes the 2030 Plan will encourage robust national discussion on the importance of innovation to Australia’s future and result in a strong and positive response from governments and the wider community at all levels.

“The ISA board believes Australia can expect to become a leading innovation nation by 2030, thereby securing sustainable prosperity if all five imperatives and related 30 recommendations are actively addressed,” he said.

Dr Karl Kruszelnicki has become the first ever Australian to receive the UNESCO Kalinga Prize for...

The Nikon Small World Photomicrography Competition serves as a leading showcase for...

The Australian scientific, research and science teaching community recently came together to...