The Large Hadron Collider and more at the Sydney Science Festival 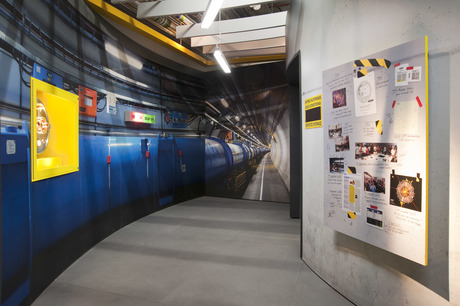 The Sydney Science Festival, to be held 11–21 August, will this year play host to a very special exhibition.

Led by the Museum of Applied Arts and Sciences as part of National Science Week, the festival will see research institutions, museums, galleries, universities, businesses, scientists, engineers and community organisations come together to discover, discuss and debate science at venues across Sydney. Events will take the form of talks, workshops, family events, panels and more.

A highlight of this year’s program will be Collider, an exhibition direct from the London Science Museum, which takes visitors on an immersive journey through the Large Hadron Collider in CERN’s Geneva laboratories. The acting director of the Museum of Applied Arts and Sciences, Dolla Merrillees, described the exhibition as “a once-in-a-lifetime opportunity to get up close and personal with one of the world’s groundbreaking scientific facilities”.

“With its recreated tunnels and workspaces, this is the place where the very hot meets the intensely cold, where the big sits alongside the extremely small and where art and science intersect,” Merrillees continued.

“Blending theatre, video and sound with real artefacts from CERN, this exhibition puts visitors at the heart of an experiment that recreates the conditions that existed just after the Bing Bang occurred 13.8 million years ago.”

The Collider exhibition will launch at the Powerhouse Museum on 11 August, where it will remain until 30 October. Tickets are free with general admission to the museum.

The festival will also see the Sydney Mini Maker Faire return to the Powerhouse Museum for the fourth year. The two-day fair provides an opportunity for Sydney’s best makers to showcase their creations to the public — from winemakers to Arduino coders and 3D printing designers.

With plenty more events to be announced, the festival organisers are currently accepting expressions of interest from anyone who would like to submit their own talk, workshop, tour or exhibition to the 2016 program. Last year’s inaugural festival hosted 132 events, so it’s clear that there’s plenty to be packed in across the 11-day program.

Expressions of interest are open from 1 February to 7 March. For more information, visit https://sydneyscience.com.au/.

Image caption: The Collider exhibition takes you inside the tunnels of CERN. Image credit: Science Museum.