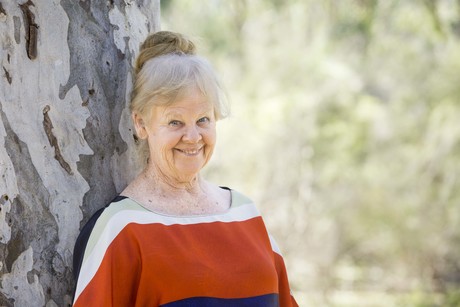 The 2017 winner of the Prime Minister’s Prize for Science, Professor Jenny Graves AO, has been elected to the coveted National Academy of Sciences (NAS) in the US.

The NAS is a non-profit institution that was established under a congressional charter signed by President Abraham Lincoln in 1863, with member scientists elected by their peers for outstanding contributions to research. A maximum of 100 members are elected annually, who must be US citizens; non-citizens are elected as foreign associates, with a maximum of 25 elected annually.

Only a small number of Australian scientists have previously been elected as foreign associates to the NAS. Prof Graves is the only Australian to be elected into the NAS this year, following five decades of work that have seen her kickstart genomic and epigenetic research in Australia.

Her research uses the genetic diversity of Australia’s unique mammals such as the kangaroo, emu and platypus to study how the mammal genome works and how it evolved. She has also used marsupials, monotremes, birds and lizards to understand the complexity of the human genome and to reveal new human genes.

She has transformed our understanding of how sex chromosomes work and how they evolved, predicting the decline and disappearance of the Y chromosome. Her research has contributed to a deeper understanding of many human genes — including those of the immune system, prion diseases and blood proteins — and has helped to understand the tumour driving the Tasmanian devil to extinction.

As a Vice-Chancellor’s Fellow at La Trobe University, Prof Graves works with scientists to integrate genomics into traditional fields of animal biology, ecology and conservation. She acts as a role model and figurehead for La Trobe’s initiatives (including Athena SWAN – SAGE) to attract more women into STEM disciplines and into senior roles in those disciplines.

Prof Graves has longstanding commitments to women in science and science education. She won the 2006 international L’Oréal UNESCO prize for women in science, and served as both foreign secretary and secretary for education in the Australian Academy of Science. She was the first woman to be individually recognised by the Prime Minister’s Prize for Science.

Prof Graves said she was “honoured” to have been elected into the NAS, joining a group of world-leading scientists in the process.

“NAS Fellows include many distinguished scientists I’ve worked with for a long time on comparing animal genomes,” she said.

“I’m particularly excited that major discoveries around how human sex genes work — based on the unique and remarkable fauna of Australia – have been recognised by one of the world’s most prominent and influential scientific bodies.”

“Election into the National Academy of Sciences is well deserved for a La Trobe scientist who has made an extraordinary and lasting contribution to human knowledge,” Professor Dewar said.

“Not only has Professor Graves helped shape the course of our understanding of human genetics, she has been — and continues to be — an exceptional role model for current and future scientists, particularly young women.”