Meet the winners of the 2017 Prime Minister's Prizes for Science 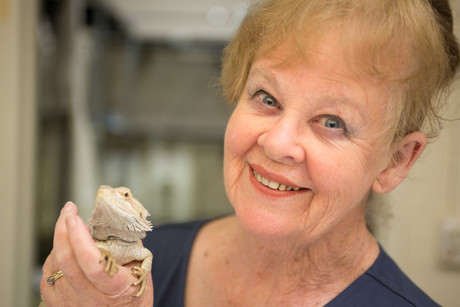 Australian geneticists Jenny Graves and Jian Yang are among the recipients of the 2017 Prime Minister’s Prizes for Science. Graves has transformed our understanding of how sex chromosomes work and how they evolved, predicting the decline of the Y chromosome. Yang has created pioneering new techniques to unravel that complexity of the human genome and solve the ‘missing heritability paradox’.

Awarded annually, the prizes are a public recognition and tribute to the contributions that our scientists, innovators and science teachers are making to Australia’s current and future scientific and commercialisation capabilities. Winners across six categories share in a prize pool of $700,000.

Jenny Graves (pictured top right) has transformed our understanding of how humans and all vertebrate animals evolved and function. Her life’s work has used marsupials and monotremes, birds and lizards to understand the complexity of the human genome and to reveal new human genes. She has transformed our understanding of how sex chromosomes work and how they evolved, predicting the disappearance of the male chromosome.

Her research has contributed to a deeper understanding of the immune system, prion diseases and blood proteins, and helped understand the tumour driving the Tasmanian devil to extinction. In a collaboration between La Trobe University and The University of Canberra, she’s studying how bearded dragons change sex in response to temperature, a critical issue as the climate warms.

Jenny’s research achievements are extensive. They include: determining the relatively recent origin of the human XY sex chromosome system; discovering the origin and evolution of the Y chromosome and sex determining gene in mammals, leading to suggestions that the Y will eventually disappear; demonstrating how one X chromosome in female mammals is silenced by a mechanism now shown to be a key to regulating gene activity generally; and building a collaboration to showing how temperature and genes can determine the sex of Australian dragon lizards.

Among the wider scientific impacts of her work are: deepening the understanding of animal chromosome and genome evolution and its relationship with speciation; finding the chromosome changes involved in the fatal transmissible facial tumour of the Tasmanian devil; and, discovering 14 novel human genes, including one which is critical for brain development.

Graves has pioneered the fields of comparative genomics and epigenetics globally, published more than 440 scholarly works, trained 56 PhDs, 25 postdocs and hundreds of honours students and research assistants, including more than 50 genome scientists.

For her pioneering investigations of the genetics of sex, Professor Jenny Graves AO received the $250,000 Prime Minister’s Prize for Science.

Frank Fenner Prize for Life Scientist of the Year

Jian Yang, The University of Queensland

The publication of the human genome nearly 15 years ago revealed that the human genome is complicated. Some aspects of the human genome are ‘simple’ — red hair, Huntington’s disease and haemophilia, for example, are determined by changes on one or a few genes. However, most inherited traits are far more complex and current gene analysis tools can only track down a small fraction of the DNA variants responsible for many inherited conditions.

Jian Yang developed a new statistical method to analyse genomic variation and showed that genetic variation in obesity, cognitive ability and schizophrenia are due to the contribution of a large number of genetic variants across the genome. Yang’s work will enable researchers to determine the genetic factors behind complex diseases, opening the way to new drugs and better genomic risk prediction. 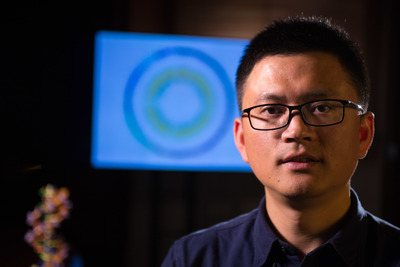 To understand the heritability of complex traits and diseases we will have to analyse the genomes of hundreds of thousands, even millions, of people. Jian is now creating the tools to enable these large analyses. Thousands of geneticists around the world are already using his software. Yang received the $50,000 Frank Fenner Prize for Life Scientist of the Year for creating ways to understand inherited traits and the human genome.

Thirty years ago, a young dental researcher discovered a protein in dairy milk that repairs and strengthens teeth. Today, that protein, sold as Recaldent, is used by millions of people every day as they chew gum and visit the dentist.

The inventor, Laureate Professor Eric Reynolds, now leads The University of Melbourne’s dental school and travels the world, working with Australian and global businesses to create new products to further improve oral health. Products using Recaldent have generated sales of over $2 billion to date, and it has been estimated they’ve saved over $12 billion in dental treatment costs worldwide. But he’s not finished on his mission to save the world’s teeth. His team have also developed a test and vaccine for severe gum disease, which are now being commercialised by CSL and its partners. “Oral diseases are the most prevalent diseases of humankind,” Eric said. 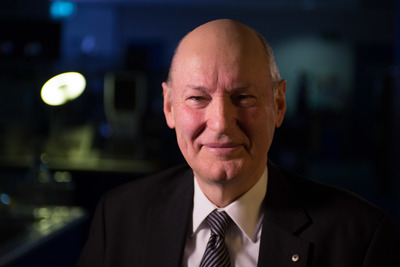 One in four Australians have cavities and/or gum disease and the cost of treatment in Australia alone is over $8 billion. For inventing and commercialising Recaldent, Professor Eric Reynolds received the $250,000 Prime Minister’s Prize for Innovation.

Malcolm McIntosh Prize for Physical Scientist of the Year

Dayong Jin has created new kinds of microscopes that allow us to watch molecules at work inside living cells. Using quantum dots, lasers, nanocrystals and other technologies, these microscopes will allow us to watch the inner workings of our immune system, see how bacteria become resistant to antibiotics and to find one cancer cell amongst millions of healthy cells.

He’s working with Olympus to commercialise his inventions. But his personal vision goes much further. He believes that his technologies will enable portable, easy-to-use devices to detect the first signs of disease, evidence of drugs, or of toxins in food and the environment. With the support of the Australian Research Council, he’s working to give Australian companies the opportunity to create these new devices. 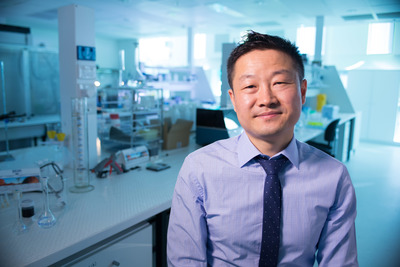 For creating new technologies to image the processes of life, Professor Dayong Jin received the $50,000 Malcolm McIntosh Prize for Physical Scientist of the Year.

In the outdoor classroom at Mount Ousley Public School in Wollongong, primary students are watching and recording bird sightings. They’re down at the beach assessing the level of marine debris. They’re reading, or just thinking, in the butterfly garden.

“The outdoor classroom is probably my favourite place to be,” said Neil Bramsen, Mount Ousley’s assistant principal. And it extends far beyond the school. Students have talked with astronauts on the International Space Station and made global connections through Skype with schools in Africa and America. 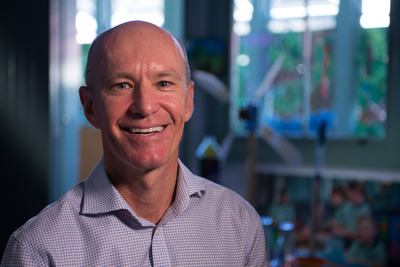 Neil sees science as an enabler of learning across the curriculum. “It’s a way of hooking kids into learning. We want kids to enjoy school. It’s got to be a balance of fun and learning.”

Neil Bramsen received the Prime Minister’s Prize for Excellence in Science Teaching in Primary Schools for his innovative partnerships with scientists, the community and other schools to foster students’ enthusiasm, knowledge and skills in science.

Brett McKay is Head Teacher Science at Kirrawee High School. Thanks to the work of Brett McKay over the past 20 years, Kirrawee has become a force in science education as well. As a physics and science teacher he has overseen a fourfold increase in students taking physics.  He’s brought science to life for students not considering science as a career. He recognises that we all need a grounding in science to make informed decisions in the modern world. 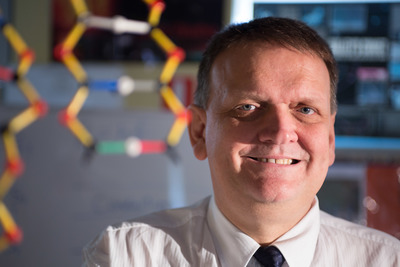 McKay has inspired young women to consider science careers. A Year 11 student recently said, “Thanks to Mr McKay … I found my love and passion for science and a highly possible career path for me.”

McKay has shared his knowledge of science teaching with his peers through the Science Teachers Association of NSW and with primary schools in his area. He is seen as an encouraging, resourceful and engaging teacher who brings science alive for students.

Brett McKay received the Prime Minister’s Prize for Excellence in Science Teaching in Secondary Schools for his achievements in inspiring his students to love science and to use it in their daily lives.