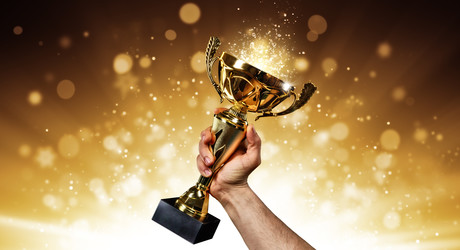 Held in Canberra last night, the prestigious awards recognise recent outstanding performance in the health and medical research field. The winners were the top-ranked applicants in each of NHMRC’s funding schemes in 2017, following more than 5400 submissions.

Dr Lisa Whop received the Rising Star Award, which celebrates the achievements of an Indigenous early-career researcher. Dr Whop is renowned for her work in improving the rates of cervical cancer screening in Indigenous Australian women, follow-up care and the uptake and completion of the human papillomavirus (HPV) immunisation among the younger population.

“Significant inequalities persist in cervical cancer rates among Indigenous Australian women despite a national prevention program through cervical screening and HPV vaccination,” Dr Whop said. “My research has a strong focus on overcoming knowledge deficits and the translation of new information into key policy and practice improvements.”

Associate Professor James Bourne meanwhile received the Marshall and Warren Award, which honours the most innovative project that could change the way an illness or disease is diagnosed, treated or prevented. His research is focused on better understanding the complex circuits between the brain and eye, in order to help those recovering from brain injury as well as children experiencing difficulty with their vision.

“Our research will also help children who start to show early signs of movement and vision problems, in explaining why they may be experiencing those problems and how we might help them in overcoming these challenges,” Associate Professor Bourne said.

Professor Melissa Little was one of three recipients of the Elizabeth Blackburn Fellowship, intended to promote and foster the career development of female researchers. Professor Little grew ‘mini kidneys’ (called organoids) in a dish from human stem cells — a process that will hopefully one day recreate the organs for people with kidney disease.

“We also hope that in the near future drugs can be tested on kidney organoids,” Professor Little said. “This may prevent patients from exposure to drugs that could damage their kidneys and find new drug treatments for kidney disease.”

The full list of awardees is available in the Research Excellence Awards 2017 booklet.