Changing of the guard at Science & Technology Australia 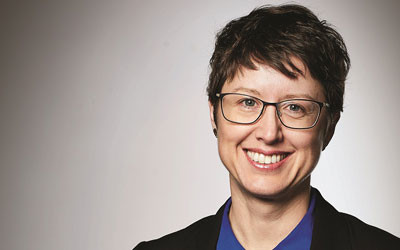 Assoc Prof Fulton is an aquatic ecologist at The Australian National University and a passionate advocate for the role of evidence-based decision-making in solving the most pressing challenges facing our society. He is also a Senior Fellow of the Higher Education Academy and a past President of the Australian Society for Fish Biology.

Dr Nicholson is Chief Operating Officer for the ARC Centre of Excellence for Nanoscale BioPhotonics at the University of Adelaide. As part of the STA board, she would like to influence the national conversation about STEM issues including gender, equity and diversity; non-academic STEM careers; and evolving the conversation from research commercialisation to research utilisation.

Dr Gregory is an ARC Future Fellow and leads the Endocrine and Neuropharmacology lab within the Drug Discovery Biology theme at Monash University. She advocates for the entire spectrum of scientific research from blue sky and fundamental discoveries through to translational and commercial applications. She is a vocal advocate for equity, diversity and inclusion in science.

STA President Professor Emma Johnston noted the rich diversity of talent and skill the new board members bring, saying she welcomes the enthusiasm, extensive experience and new perspectives they offer.

“They add to the depth of knowledge on our board at a time when we are carving out a strong and sustainable STEM future for Australia,” she said.

Prof Johnston thanked the outgoing board members for their dedication and leadership, which has led to a significant expansion in STA’s programs and initiatives.

“Each of these outgoing members has made a significant contribution to STA and has been a great ambassador for science and technology in Australia. I am deeply grateful for their commitment and contributions,” she said.

Further upcoming departures from STA include Prof Johnston herself, whose term as President concludes at the upcoming annual general meeting on 25 November; and CEO Kylie Walker, who will finish in December to take up a new position as CEO of the Australian Academy of Technology and Engineering (ATSE).

Prof Johnston said Walker has been an excellent leader for the organisation since she joined as CEO in June 2016, helping the body grow in scale and impact, and creating many new programs.

“STA now supports more than 80 member organisations to flourish; to share their achievements; to connect with government; and to build equity and diversity in STEM,” Prof Johnston said. “I attribute much of our current success to Kylie’s powerful leadership.

“Kylie will leave STA in a strong position and we are pleased that she will continue to support science and technology in Australia as the new CEO of ATSE. ATSE is gaining a true leader in Kylie and she will be an asset to their organisation.”

President-Elect Dr Jeremy Brownlie said Walker has helped position STA as a leading voice of STEM in Australia — not just in federal parliament but in schools as well.

“Through the Superstars of STEM program, she has lifted the profile of 90 female researchers and inspired tens of thousands of school children about STEM. I cannot think of a bigger or better legacy than that,” he said.

Walker said it had been an honour to lead STA, stating, “It’s been my genuine pleasure and deep privilege to work with STA’s board, staff and membership to advance the role, reputation and impact of science and technology in Australia.

“The organisation is growing from strength to strength and I’m proud to leave it in excellent shape.

“I look forward to watching STA continue its important work advocating for the stable and strategic public and private investment in science and technology, and promoting the skilled, valued, diverse and inclusive scientific and technological workforce Australia needs to build health, wealth and wellbeing.”

The saga surrounding the treatment of COVID-19 with hydroxychloroquine has a new development,...

Plan for 'world-leading' clean hydrogen plant in the UK