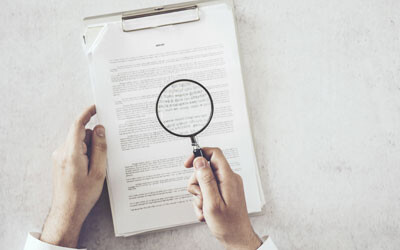 The saga surrounding the treatment of COVID-19 with hydroxychloroquine has a new development, after a Lancet study warning against the drug’s use in COVID-19 patients was retracted.

The observational study of nearly 15,000 COVID-19 patients and 81,000 controls suggested that the antimalarial drug chloroquine (or its analogue, hydroxychloroquine) offered no benefit, instead linking treatment with these medications — either alone or in combination with macrolide antibiotics — to an increased risk of serious heart rhythm complications and death in COVID-19 patients. On the back of these results a number of trials investigating hydroxychloroquine in COVID-19 were suspended, including the hydroxychloroquine arm of the World Health Organization’s (WHO) global clinical trial of potential treatments.

“The executive group has implemented a temporary pause of the hydroxychloroquine arm within the Solidarity trial while the safety data is reviewed by the data safety monitoring board,” WHO Director-General Dr Tedros Adhanom Ghebreyesus said at the time.

Following its publication, many commentators and groups called into question the veracity of the registry data in the Lancet study, how it was collected, and aspects of the analysis. Now three of its authors have revealed that they were unable to complete an independent audit of the data underpinning their analysis, which was sourced from US healthcare analytics company Surgisphere; the company’s founder, Sapan Desai, was a co-author on the study.

“We launched an independent third-party peer review of Surgisphere with the consent of Sapan Desai to evaluate the origination of the database elements, to confirm the completeness of the database, and to replicate the analyses presented in the paper,” the three authors said in a statement.

“Our independent peer reviewers informed us that Surgisphere would not transfer the full dataset, client contracts, and the full ISO audit report to their servers for analysis as such transfer would violate client agreements and confidentiality requirements. As such, our reviewers were not able to conduct an independent and private peer review and therefore notified us of their withdrawal from the peer-review process.

“Based on this development, we can no longer vouch for the veracity of the primary data sources. Due to this unfortunate development, the authors request that the paper be retracted.”

Data from Surgisphere was also used in another study, published in The New England Journal of Medicine, which suggested that underlying cardiovascular disease is associated with an increased risk of in-hospital death among patients hospitalised with COVID-19. This study has been similarly retracted due to lack of raw data availability.

Commentators have made it clear, however, that evidence that hydroxychloroquine is an effective treatment for COVID-19 remains slim, and that it should only be used for COVID-19 in clinical trial settings. With such clinical trials now able to continue, we can only hope that such evidence will be forthcoming.