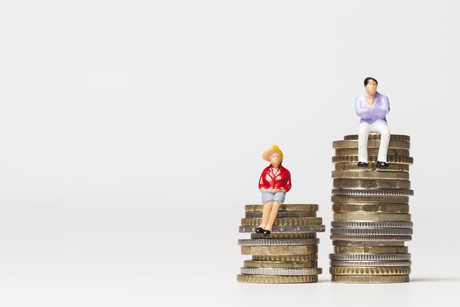 Male researchers receive far greater funding for cancer research than their female equivalents, according to a UK-led study.

Within the European Union (EU), women represent nearly half of the workforce and more than half of all university graduates but are underrepresented in senior positions in the workplace. In science, research and development, women represent 46% of PhD graduates, 33% of career scientists and 22% of grade A researchers — the highest posts at which research is conducted.

Previous studies have explored gender imbalance and suggested that only one-fifth of countries worldwide have achieved gender parity in scientific research. Researchers in the UK and US decided to further investigate the issue, focusing on cancer research funding awarded to UK institutions between 2000 and 2013. The results were published in the journal BMJ Open.

Analysis showed that, of the studies included, 2890 (69%) grants with a total value of £1.8 billion (78%) were awarded to male primary investigators (PIs), compared with 1296 (31%) grants with a total value of £0.5 billion (22%) awarded to female PIs. Grants to male PIs were 1.3 times greater than female counterparts and these apparent differences remained the same, regardless of cancer site, cancer type, stage of research or funder. Similarly, the average grant value was around 38% greater for men than for women leading on cancer research.

The authors acknowledged that their study was dependent on the accuracy of original investment data from the funding bodies and that they could not openly access data of private sector research funding, nor obtain disaggregated data from Cancer Research UK, one of the largest funders of cancer research.

“Nevertheless, this study demonstrates substantial gender imbalances in cancer research investment,” they said. “We would strongly urge policymakers, funders and the academic and scientific community to investigate the factors leading to our observed differences and seek to ensure that women are appropriately supported in scientific endeavour.”

The release of the study coincides with discussions of research funding in Australia, with the House Standing Committee on Employment, Education and Training having last week launched an inquiry into such funding.

According to Committee Chair Andrew Laming MP, the inquiry will consider the efficiency and effectiveness of research investment across the Australian Government. It will focus on federally funded research agencies, their funding mechanisms and university collaborative research. It will not consider the National Health and Medical Research Council, given the recent review of its funding program.

“The Australian Government supports world-class research through a diverse range of funding programs and projects,” Laming said. “The committee wants to hear from universities, research institutions and other stakeholders about how these funding arrangements are working and how any issues of fragmentation and inefficiency could be addressed.”

The committee is accepting written submissions, addressing one or more of the terms of reference, until 30 June 2018. Information about how to make a submission to an inquiry is available at https://www.aph.gov.au/makesubmission.