Get ready for the World Science Festival Brisbane 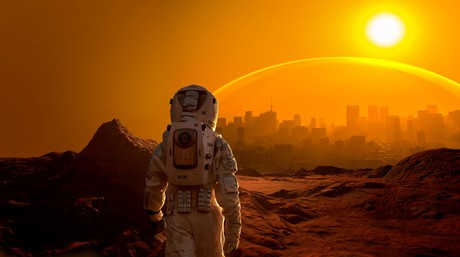 The World Science Festival explores and celebrates the entanglement of science and art through a curated program of thought-provoking conversations, inspiring theatrical and cinematic experiences, interactive workshops and engaging demonstrations. The Brisbane event, presented by the Queensland Museum, will bring some of Australia’s and the world’s most eminent scientists and educators out of the labs and into Brisbane’s cultural precinct and regional Queensland.

The 2019 program will focus on brave new ideas as panellists debate the colossal challenges confronting humankind in the face of overpopulation and escalating climate change. Experts from around the globe will discuss the changes to the Great Barrier Reef, the wonder and fragility of Antarctica, endangered species and the confrontational experimentations in de-extinction, and feeding the world in the future.

The festival will also increase its reach beyond Brisbane, with its 2019 regional program including Gladstone, Townsville, Ipswich, Toowoomba and Chinchilla. The programs are designed to bring a sense of wonder, imagination and creativity together to further engage regional communities in science and STEM-related activities such as discussions with leading scientists, workshops and hands-on activities. Dates and locations are as follows:

Queensland Museum Network CEO Dr Jim Thompson said the World Science Festival Brisbane continues to grow from strength to strength as people of all ages come together to learn, share and take an active role in the world around them.

“Bringing together astronauts, physicists, mathematicians, explorers, tech designers, researchers, marine biologists plus many others is a unique way for people to see the value of science in everything we do,” Dr Thompson said.

“I look forward to welcoming everyone to the festival in March as we share ideas, spark curiosity and showcase big ideas about science.”

Minister for Science and Minister for the Arts Leeanne Enoch said the World Science Festival Brisbane is one of the world’s most engaging, exciting and educational science events ever to be held on our doorstep, having last year attracted more than 200,000 people and delivered more than 100 events across six locations. Kate Jones, Minister for Innovation and Tourism Industry Development, added that the 2018 festival injected $8.96 million into the state economy.

“In 2019, Tourism and Events Queensland will host the inaugural Curiocity Brisbane, which includes World Science Festival Brisbane and invites visitors to explore, create and play through the festival, the new technology and innovation event QODE, and the interactive installations called Curiocities found around Brisbane in March and April,” Jones said.

For more information and to purchase tickets, visit www.worldsciencefestival.com.au.

Pictured: Promo image for Brian Greene’s show ‘We will be Martians: Our Future on the Red Planet’.